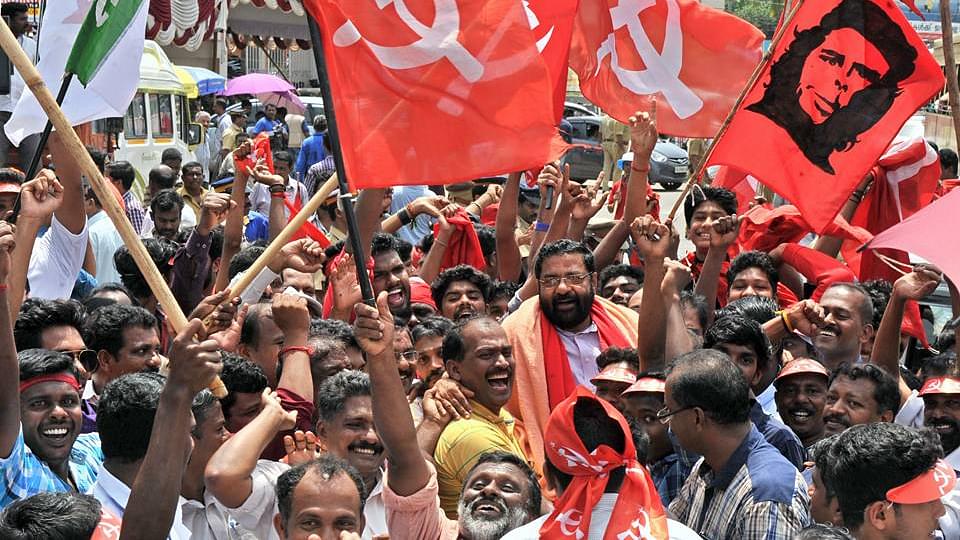 A Communist rally in Kerala

The Communist Party of India (Marxist) government in Kerala has informed the High Court that it will use the Rs 50 crore set aside for women’s safety fund to sponsor the controversial ‘women wall’, reports Mathrubhumi.

The Kerala government has planned to organise a 620 km women wall on New Year extending from Kasaragod to the capital city Thiruvananthapuram in the name of upholding ‘renaissance values’ of the state. . More than 30 lakh women would reportedly participate in the wall.

“Government has reserved Rs 50 crore fund for measures to prevent violence against women.” PInarayi Vijayan-led government informed the court, adding that the fund might lapse if not used before the end of the year.

The idea of ‘women wall’ had come under controversy as soon as it was floated. Allegations arose that funds meant for more important works, like flood relief, were being diverted for political gesturing.

Many state leaders, especially opposition leader, Ramesh Chennithala, have slammed the government for using state funds to further the communist ideological agenda instead of public welfare.

Some critics have also stated that the women wall is nothing but a face-saving move for the communist government after facing strong protests from Sabarimala devotees, especially women, when it tried to unilaterally end the age-old tradition of the shrine. The government had faced severe criticism over its handling of the devotees.

There have also been allegations that the government is forcing women employees belonging to the self-help group-Kudumbashri, MNREGA workers and Asha workers to take part in the wall.

Prominent writer and social activist, Sarah Joseph, said she will not to take part in the women wall demonstration unless PK Sasi was expelled from CPI. Sasi has been accused of sexual harassment by a woman worker of the youth wing of CPI(M).

NSS general secretary, G Sukumaran Nair, on Monday said that chief minister Pinarayi Vijayan is speaking with an air of arrogance and that the wall of women will cause sectarianism. “Is it possible to implement renaissance movement only for women?”, he asked.

Earlier, the Kerala High Court had sought the details of funding for organising the women wall. The court had also asked the state, not force anyone to be a part of the wall and not to engage children below the age of 18 years in the wall.