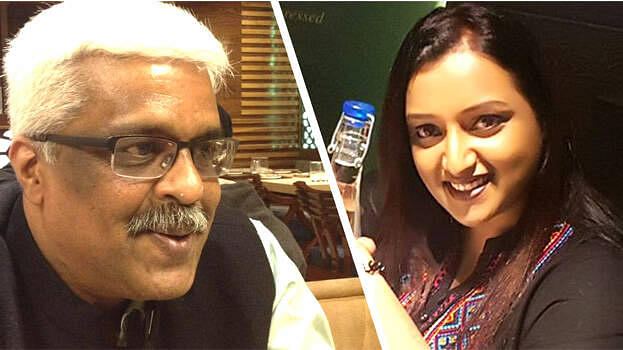 In a major development with respect to the sensational Kerala diplomatic gold smuggling case, the Enforcement Directorate (ED) has unearthed that the now-suspended senior IAS officer M Sivasankar who is known to be close to Chief Minister (CM) Pinarayi Vijayan had travelled to the United Arab Emirates (UAE) thrice along with the key accused in the case Swapna Suresh, reports Hindu Businessline.

Sivasankar was the serving Principal Secretary to CM Vijayan and was suspended after the smuggling racket had cracked out in the open.

The visits had taken place during the years 2017 and 2018 as per the findings of ED investigations. Also, post these visits, the duo had returned to India together. The premier investigating agency apprised a special court for the Prevention of Money Laundering Act (PMLA) about the crucial findings.

Apart from the duo's visits to the UAE, it has also been learnt that in April 2018, when Sivasankar was on a visit to Oman, Suresh had flown to the Gulf nation and met with him there. Later, the two had returned to India together.

The ED investigations have also revealed that prime accused Suresh used to keep the illicit proceeds from the crime in a bank locker which was jointly operated with a third person as per the instructions of Sivasankar.

Putting forward its findings, ED filed a petition before the court for a judicial remand of Suresh, and other key accused in the case, namely, Sarith P S and Sandeep Nair, once their custody with the agency comes to an end. ED's petition was accepted and the accused have been sent to judicial custody till 26 August.