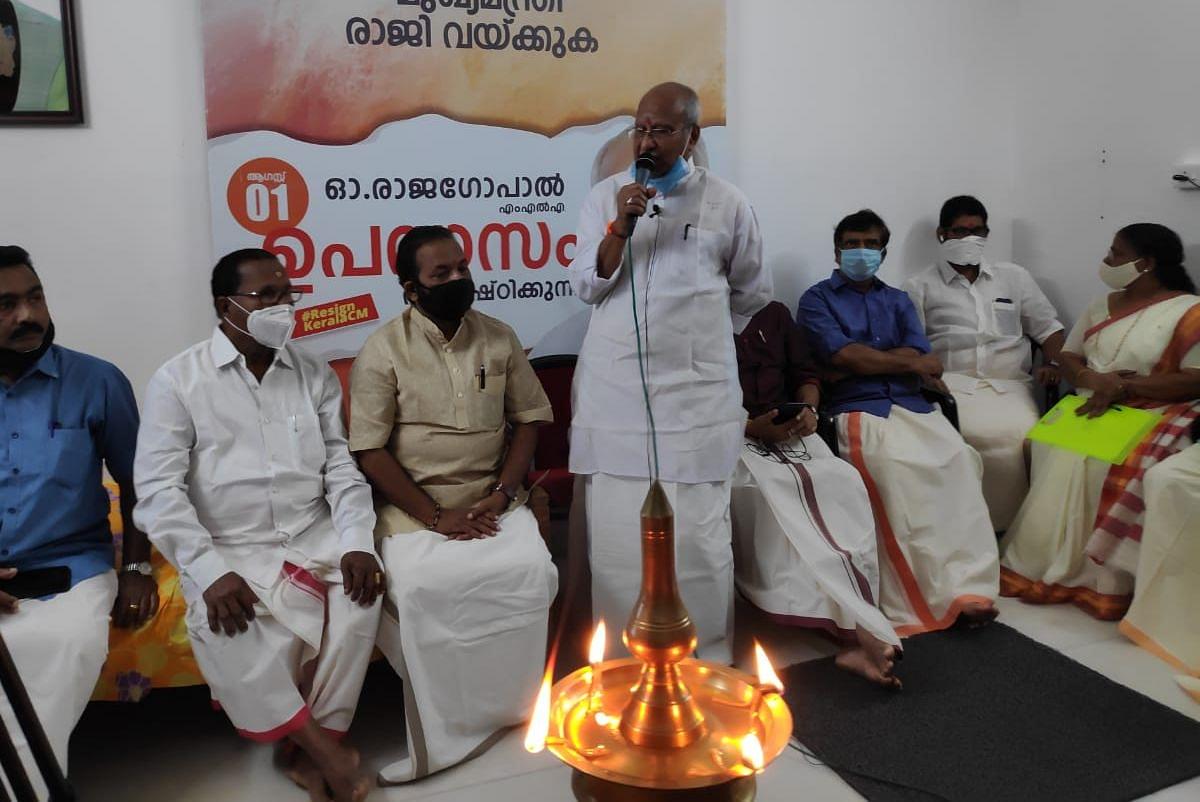 The BJP Kerala unit on Saturday (1 August) launched protest demonstrations across the state to demand Pinarayi Vijayan government's resignation in the wake of unearthing of the gold smuggling racket.

BJP national Secretary Bhupender Yadav, who launched the protests online from Delhi, alleged that the CMO was "facilitating" the gold smuggling.

These protests will continue till 18 August, with all top state BJP leaders observing one-day fasts at various places during this period.

Yadav said Vijayan will go down in history as the "most corrupt Chief Minister" in the country.

"Vijayan, your time is now up. You will be forced to tell the truth on how the gold smuggling is taking place, as your own office has direct control over it. Look into those who have been arrested -- they include Swapna Suresh, who despite no qualifications was given a job in the IT Department headed by Vijayan. You will have to answer," the BJP leader said in his speech.

State BJP President K. Surendran, participating in the launch of the protest from his home in Kozhikode, said the situation is grave as allegations have now surfaced that the "smuggling of gold going on with the help of Vijayan's office has terror links too".

"... news that is now coming out is that the legal brains of the Communist Party of India-Marxist are working hard to save the accused. It's also now coming out that the Kerala Police is now trying to get the custody of the accused in order to tutor them," Surendran claimed.

The gold smuggling came to light when Sarith, a former employee of the UAE Consulate here, was arrested by the Customs on 5 July as he was facilitating smuggling of 30 kg gold in diplomatic baggage to Thiruvananthapuram from Dubai.