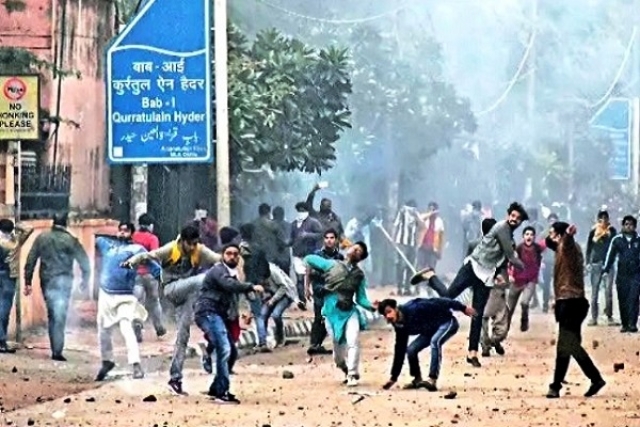 A few journalists working for Malayali publications spread malicious fake news about Jamia Milia Islamia students dying in police action in Delhi which resulted in major protests by CPM and Congress in various parts of Kerala, in the wee hours of Monday (16 December), Organiser has reported.

As per the report, which describes the journalists as Jihadis, claims that they work for Islamist publications.

The Delhi based Muslim journalists also reportedly spearheaded a social media campaign to propagate fake news about this police action. The journalists are also said to have shared this fake news in WhatsApp groups which contained other journalists, in a possible bid to mislead them.

One of them was Afsal Rahman CA a contributor to publications associated with Jamaat-e-Islami spread the fake news in a WhatsApp group dedicated to South Indian media.

Rahman is the husband of radical Islamist Ayesha Renna and has been a supporter of terrorist Afzal Guru.

This fake news soon spread like wildfire throughout the state and scores of people took to the streets to protest the “fake deaths of Jamia students”. Radical Islamist youths are also said to have offered funeral prayers for the students under the banners of CPM and the Congress.

The protest which also took place before the Raj Bhavan in Thiruvananthapuram turned violent and was joined by radical Islamist group members of PFI.

The central investigative agencies have now taken steps to curb the fake new and are also said to be monitoring those who helped spread it.