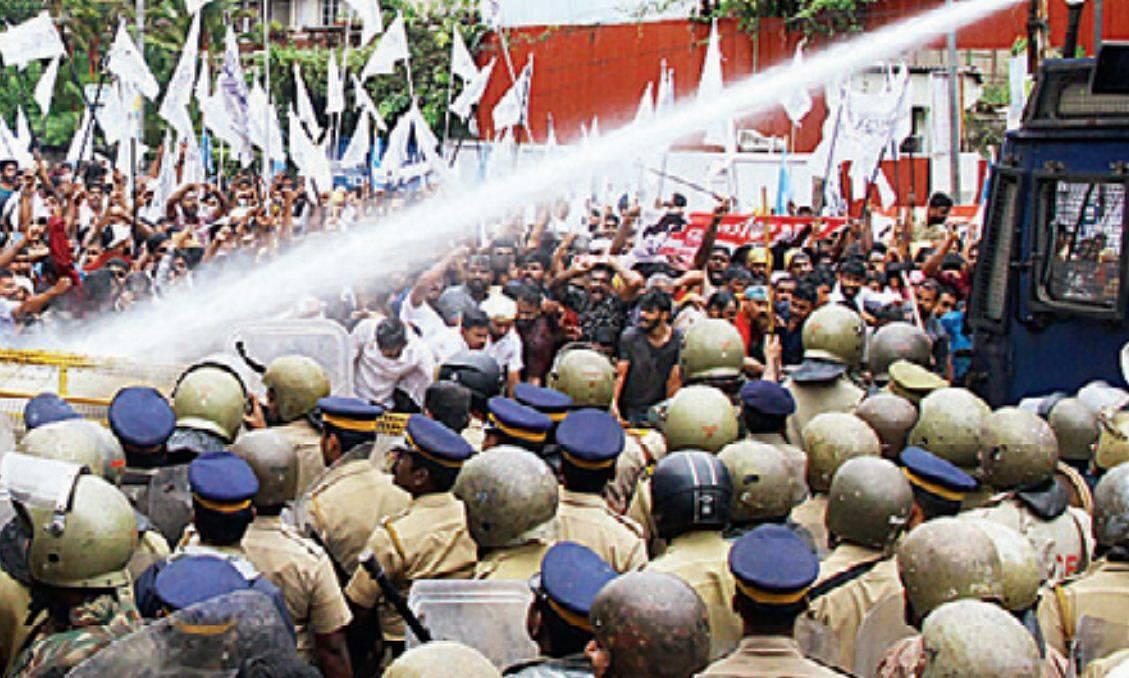 A protest march organised by the Muslim Ekopana Samithi (Muslim Co-ordination Committee) turned violent in Kerala’s Ernakulam district last Monday. It was organised in response to a judgement by the Kerala High Court, which abrogated the conversion and subsequent marriage of a 24-year-old Hindu woman.

The Kerala High Court had, in an unusual judgement, ordered the nullification of the marriage and conversion of Akhila to Islam. She was pursuing a course in Homeopathy in Salem, Tamil Nadu, and was apparently “influenced” by her roommates to convert to Islam. It is then that she left the hostel and started staying with another Muslim woman. At this point, her father, Asokan, a retired Army man, filed a habeas corpus petition in the High Court, which took cognizance of the matter and heard the case on 19 December 2016.

On 19 December 2016, Akhila expressed her desire to complete her studies, and the court directed her to shift her residence to her college hostel in Salem and slotted the case for further hearing on 21 December.

But the case turned on its head when she appeared on the day of hearing with a young man she claimed she was married to. The marriage, she said, was solemnised by a qazi on 19 December 2016.

Irked by the sudden developments, the court ordered a detailed investigation. It emerged that the young man was an activist of Social Democratic Party of India, an Islamist party in Kerala, and was an accused in a criminal case.

The court concluded that the marriage was meant to obstruct justice and abrogated it. It directed Akhila to reside with her parents and ordered a detailed investigation of the organisations involved in the case. It seems that the woman was influenced and indoctrinated with the idea that she would go to hell if she did not accept Islam, and seems to be gullible according to the court.

In response to this judgement, the Muslim Ekopana Samithi, a collective of Muslim organisations held a protest march on Monday (29 March 2017). They had informed the police that only 500 people would be participating, but the turnout was around 5,000. The organisers had called for the withdrawal of the judgement, alleging that the verdict was unconstitutional and violative of fundamental rights.

When the protesters were around one kilometre away from the high court, where the police had barricaded the roads, the march turned violent. The unruly mob overturned the barricades and even resisted the tear gas and water cannons to rush at the police, and were calmed only by the appeals of those leading the march.

In response to the alleged police brutality, the organisation called for a hartal on Tuesday which was partial.