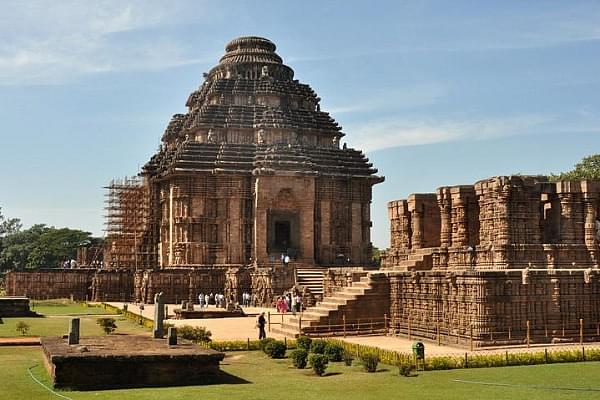 The Sun Temple at Konark

Odisha Chief Minister Naveen Patnaik has taken note of theft of stone carvings at Konark Temple and has written to the Archaeological Survey of India regarding the matter, Economic Times has reported.

The letter by Naveen Patnaik came after reports claimed that 40 per cent of original stone carvings at the Konark Temple had been replaced by plain stones. He also shot off a letter to Union Culture Minister Mahesh Sharma to take steps for the preservation of the monument.

The Sun Temple is one of the UNESCO world heritage sites in the country. Patnaik highlighted that the temple represents the climax of Odisha’s temple architecture. He added that it was a symbol of Odia pride. The Konark Sun Temple was built in the 13th century by King Langula Narsingha Deva. Approximately 1,200 sculptors worked on the masterpiece. Due to lack of attention by ASI, the Jagamohana (front part of the temple) is undergoing decay.