‘Krishna Is Powerful, But Also Wise’: Indonesian President When Asked About His Favourite Superhero 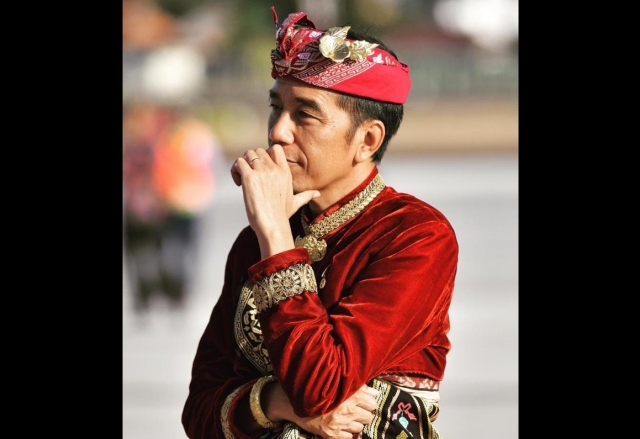 In a video clip going viral on social media, the Indonesian president is seen saying that ‘Krishna’ is his favourite superhero.

In the response to which superpowers he would like to have, similar to which superhero, Indonesian president Joko Widodo replied, “Krishna”.

The president, himself a Muslim, further said that Krishna is considered powerful in Indonesia, especially Java, he has the weapon Chakra which makes him immensely powerful. “But also he is wise,” he added.

Indonesia is a Muslim-majority island nation with around 88 per cent of the population practising Islam. Close to 10 per cent are Christians, and rest follow Hinduism, Buddhism, Confucianism etc.

As early as first century CE, Hindu influences reached the archipelago, which witnessed the rise and fall of many powerful Hindu-Buddhist kingdoms like Majapahit, Sailendra, Srivijaya, and Mataram.

Later, Islam reached the archipelago through Muslim traders from India as well as Arabia. The initial process of Islamisation of the region was gradual, and traders and the royalty of major kingdoms were usually the first to convert to Islam.

After the fall of Majapahit empire, Bali became the refuge for the Hindus, thus transferring the Hindu culture of Java to Bali. Since the process of conversion in the peninsula wasn’t as violent and bloody as in the Indian subcontinent, Islam in Indonesia, for the most part, overlaid and mixed with existing cultural and religious influences. This resulted in a distinct form of Islam, especially in comparison to the Middle East.

An example of the syncretic practice is “waktu telu” tradition of Islam, under which Muslims worship alongside Hindus in the Pura Lingsar temple complex in Lombok.

However, Indonesia too, has seen a rise in militant Islamism, and the country has strengthened its legal-administrative structure that discriminates against non-Muslims.

Following the transition to democracy, Islamist political parties have been allowed to play an open, legal role in politics. Radical civil society groups operating outside the formal political system have also grown in size and influence, and the Wahhabi influence has spread.