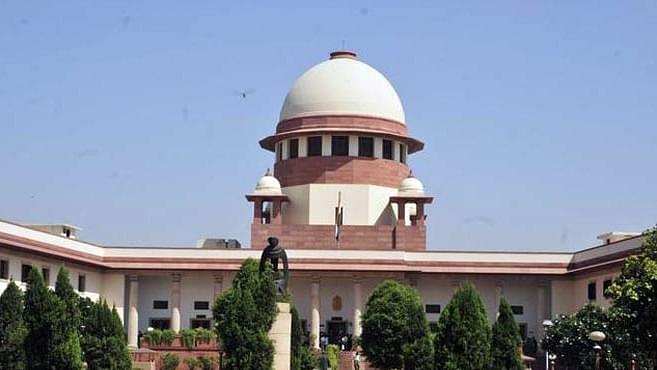 The Supreme Court has decided to hear new petitions challenging the constitutional validity of the 1993 central law which enabled the government to acquire the 67.703 acres of land, including the disputed premises of Ram Janmabhumi-Babari Masjid in Ayodhya, reports The Tribune.

According to the Tribune, a bench headed by Chief Justice Ranjan Gogoi tagged the matter with the main petition on title dispute pending before a constitution bench.

“List the matter before the bench already seized with the issue,” the bench reportedly said.

The petition, seeking to challenge the legislative competence of Parliament in acquiring a religious land was filed a week after the Centre had moved the supreme court seeking modification in its 2003 order and allow it to return original owners the 67 acres “non-disputed” land around the disputed structure in Ayodhya.

The petition was filed by seven individuals, including two lawyers based in Lucknow, claiming that Parliament had no legislative authority to acquire land belonging to the state.

It also said that only state government had the exclusive power to make provisions relating to the management of affairs of religious institutions within its jurisdiction.

As it stands, the petitioners had contended that the Acquisition of Certain Areas of Ayodhya Act, 1993, is an infringement on the right to religion of Hindus guaranteed and protected under Article 25 of the Constitution.

The central government had on 29 January moved the apex court seeking its permission to return the 67-acres undisputed acquired land around the disputed site to original owners.

The plot on which the disputed structure stood before it was demolished on 6 December 1992, was within the 2.77-acre disputed premises, the plea filed by the BJP-led NDA government reportedly said.

The government, in1993, had then acquired 67.703 acres, including the 2.77-acre plot, through legislation. The Ram Janambhoomi Nyas (RJN) is reportedly the owner of 42 acres of the land.

The central government's plea has also said that the RJN had also sought the return of excess land acquired to original owners. The Centre has said that only 0.313 acres of land was disputed.