Laser Show At Statue Of Unity Resumes After A Hiccup, To Be Further Improved In The Future 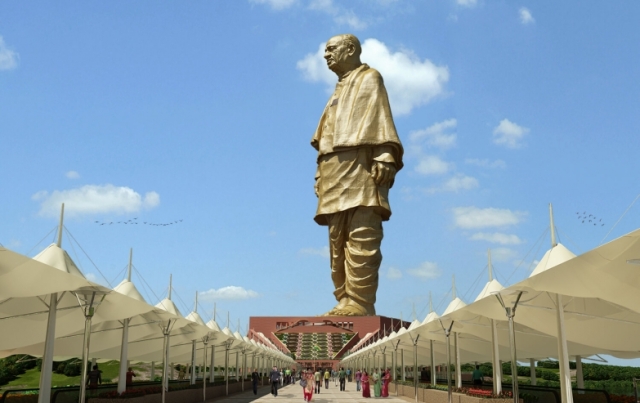 Render of the Statue of Unity (pic via Twitter)

The projection mapping show, which is commonly known as laser show, at the Statue of Unity will be taking a formal shape in upcoming days, Desh Gujarat has reported.

According to the report, few days after the Prime Minister Narendra Modi unveiled the statue of unity on 31 October, the laser show was stopped leading to confusion. However, a day after Diwali, the show resumed on a regular basis coinciding with the Gujarati New Year on 8 November.

The show depicts the life and times of the iron man of India, Sardar Vallabhbhai Patel using his 182 meter tall statue as the screen.

Sardar Sarovar Narmada Nigam Limited (SSNNL) Chief Engineer Parthiv C Vyas and Executive Engineer JK Garasiya said that apart from Monday, when the whole project remains closed for the purpose of maintenance, the show was held every evening from 6.45 pm to 7.15 pm.

Vyas told that there is currently no ticket for the show and whoever takes a bus to statue of unity can see it free of charge. He, however, didn’t rule out the possibility to make it chargeable in near future in order to provide better facilities to the visitors.

Garasiya said that the show is now regular affair and will be improved in coming days.