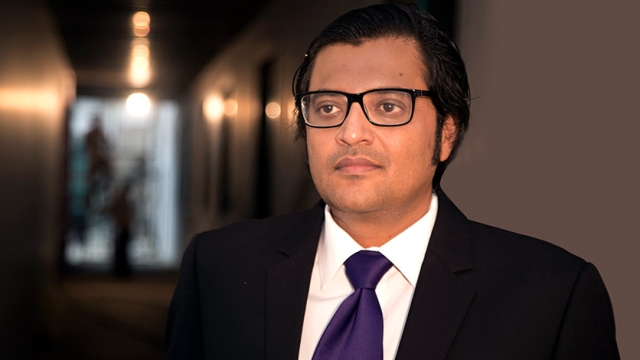 Within days of its launch, Arnab Goswami’s Republic TV seems to have captured the English TV market in India. The latest BARC Data for Week 19 (6 May 2017 – 18 May 2017 for cities with population more than 10 lakh), puts Republic TV in pole position with a market share of 51.9 per cent which is bigger than the share of all the rest of the English News channels combined.

Times Now, where Goswami worked for over a decade, was at pole position until last week. It has now dropped down to 24.5 per cent. India Today, NDTV and CNN News 18 were all pushed one place down with a share of 8.2 per cent, 6.9 per cent and 6.6 per cent respectively while News X with a share of of 1.8 per cent has overtaken BBC World News.

The National Broadcasting Association (NBA) had urged BARC not to release Republic’s viewership figures citing its presence across multiple frequencies. BARC seems to have ignored the resistance of NBA and released the data.

Reacting to the latest ratings, Goswami said, “I feel blessed with the love, support and the massive viewership that Republic TV has got. It reaffirms my faith that people watch what they find credible.”

Yesterday (17 May), Bennett, Coleman & Co Ltd (BCCL) which owns Times Now, had lodged a complaint against Arnab Goswami and his colleague Prema Sridevi for infringing its copyright, indulging in theft, criminal breach of trust, misappropriation of property and infringement of Intellectual Property Rights. BCCL is alleging that the tapes used by Republic TV on 6 May and 8 May were procured by Goswami and Sridevi when they were employees of Times Now.

Taking a shot, perhaps at his former employer, Goswami said, “Despite the dirty tricks, despite the threats, despite the attempts to block our telecast, people of India have made Republic TV No. 1”.