Leading Brands To Play Safe On Deepika After Her Solidarity With JNU Leftists; Future Deals To Expect Extra Clauses 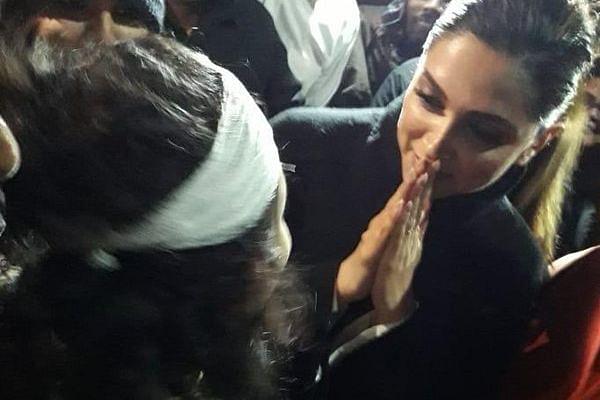 After female actor Deepika Padukone attended a protest organised by the Left-wing students in solidarity with the Jawaharlal Nehru University (JNU) beaten up by masked goons, leading brands are expected to play safe on her, reports The Economic Times.

According to the ET report, some brands have already said they are soon going to lower the visibility of advertisements featuring her. Besides, celebrity managers claim that her move will effect future endorsements deals with expected additional clauses regarding the risks involved with celebrities taking political stands which cause anger to authorities.

“Normally, brands like to play safe and are wary of any controversy,” said Shashi Sinha, chief executive of IPG Mediabrands, which represents Coca-Cola and Amazon among others.

Another executive at a media buying agency said that they had already been asked by a brand to stop showing ads featuring her for a couple of weeks.

“We have been told by a mid-sized brand to stall ads featuring Deepika for about two weeks. Hopefully, the controversy would have normalised by then,” he said.

Earlier on last Tuesday (7 January), Deepika had visited the JNU campus, which has been embroiled in chaos and protests for the past three days, to show her solidarity with the students of the varsity after the violence by masked people inside the campus on 5 January.

She was in Delhi for promotion of her movie Chhapaak, which released on Friday (10 January), and arrived at Sabarmati T-Point in the university campus where a public meeting of Left leaning students was being held.

Padukone, with a net worth of Rs 103 crore, is considered one of country’s highest paid female actors. She is said to charge about Rs 8 crore for a brand endorsement, while taking over Rs 10 crore for a movie.