Leaked US Order On Visa: A Potential Blow To Thousands Of Indian Techies 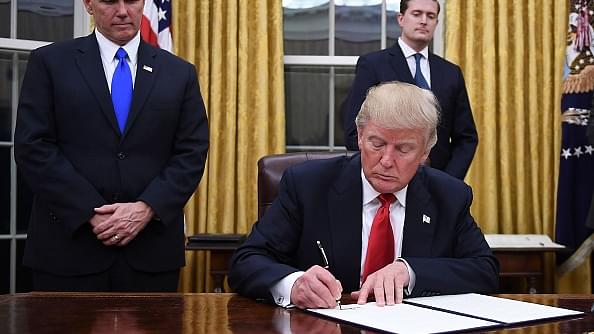 A leaked United States government order on visa programmes, suggesting the scrapping of a key scheme, may deal a blow to thousands of Indian students studying there.

The purportedly leaked Executive Order is all about “Protecting American Jobs and Workers by Strengthening the Integrity of Foreign Worker Visa Programs” by the new Donald Trump administration.

The draft, published by Vox, suggests that the Trump administration may go ahead with cancelling H4-EAD (Employment Authorisation Document) and OPT (Optional Practical Training Extension) for STEM (Science, technology, engineering and mathematics). The cancellation of OPT extension would throw out of gear the future plans of hundreds of thousands of Indian techies. Among the 1,66,000 Indian students in the US pursuing mostly the master's degree, about 80 per cent are enrolled in STEM fields. Pursuing an academic degree would make no sense for many of them, especially those looking for jobs.

Revoking the H4-EAD provision would be a huge setback to the qualified spouses of H1 Visa holders seeking employment opportunities in the US.

Scrapping the OPT could potentially be a gain for universities from the United Kingdom, Canada, Australia and New Zealand. It’s unlikely that the number of Indians going abroad to study will reduce. In fact, it will substantially rise in the years to come.

With inputs from Vivek @Vnemana