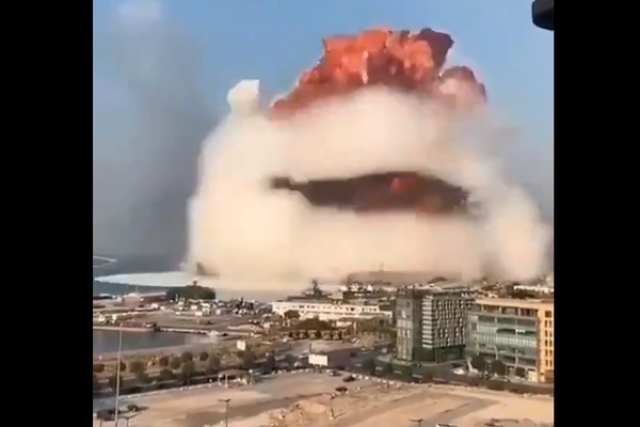 Three senior officials at the Port of Beirut, where two deadly explosions earlier this week killed over 150 people, have been arrested.

Friday's development comes a day after 16 port employees were arrested over the devastating incident.

On Thursday evening, Government Commissioner to the Military Tribunal Judge Fadi Akiki said that more than 18 people have been questioned so far, including port and customs officials as well as people in charge of maintenance at the hangar where explosive materials have been stored for years.

Two huge explosions rocked the Port of Beirut on Tuesday evening, killing at least 154 people and injuring nearly 5,000 others, while causing massive damages in the city.

Primary information has revealed that ammonium nitrate stored since 2014 in the port's warehouse No. 12 might have caused the explosions.

Meanwhile, the UN Refugee Agency said on Friday that it was mobilizing assistance to support its staff and refugees affected by the deadly blasts.

The UNHCR has confirmed that areas hosting refugees were affected by the explosions, but the did not provide details about fatalities or injuries.

It was also announced that the UN is releasing $6 million in immediate emergency funds for urgent care for the blast victims and also for fixing up homes for the vulnerable.

The money is being added to the $9 million released earlier from the UN's Lebanese Humanitarian Fund, said Farhan Haq, deputy spokesman for UN Secretary-General Antonio Guterres.

"The allocation will fund trauma care and other urgent support to hospitals, the repair of damaged homes for the most vulnerable people affected by the explosion, and logistical support."

The World Health Organization (WHO) is calling for another $15 million to cover immediate needs and to ensure the continuity of the COVID-19 response across the country, he said.

Each package is enough to feed five people for one month and includes basic food items such as rice, pasta, oil, sugar, salt and tomato paste.

Unicef reported that up to 100,000 children are among those whose homes had been destroyed or damaged and who have been displaced. Fifteen primary health centres have sustained some damage.