Left Eating Itself? Humbled By Sabarimala Devotees, Kerala’s Communist CM Turns On His Own Men 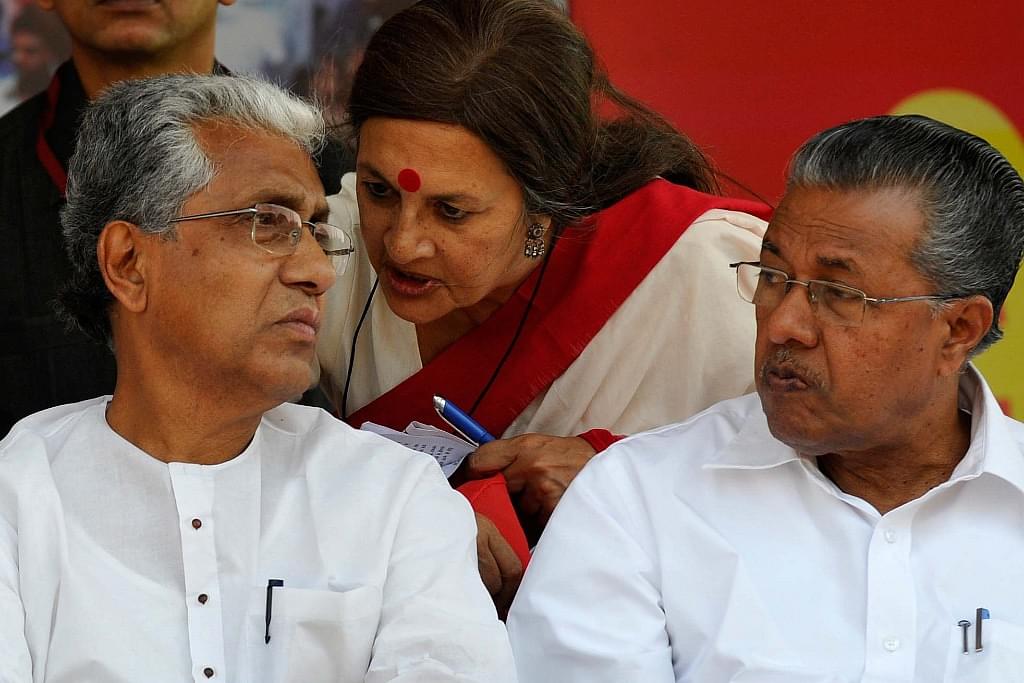 An audio clip of his speech in which he vows to be a staunch Ayyappa devotee, is being widely circulated in social media.

After facing an admonition from the Chief Minister, the Chairman of the temple administrator is reportedly virtually isolated in the ruling party CPM and the Board dominated by the party members.

There is speculation that the incumbent would be sacked due to his pro devotee stance.

Both Pinarayi Vijayan and the CPM leadership were forced to state that the TDB president’s comments on the issue are not consistent with the party’s stance. Many senior CPM leaders also allege that A Padmakumar has vested political interests in the matter.

The Travancore Devaswom Board administers the Sabarimala temple. An independent body on paper, the Board usually comprises of the ruling parties members. As per the norms, the candidates for the general posts are usually selected by the Hindu members of the Council of Ministers.