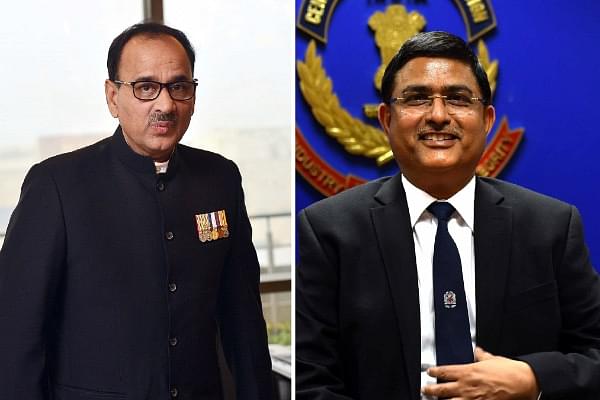 Verma also met the National Security Advisor (NSA) Ajit Doval as the investigators suspect that a senior Intelligence official is also involved in the case in his “individual capacity”.

“Director Verma sought an appointment with the PM to brief him on the case against Asthana. Following the briefing, the PM told the CBI chief to let the law take its own course. Director Verma separately met national security adviser Ajit Doval too,” a CBI official told Hindustan Times.

The case against Asthana was registered on the basis of a complaint by Sana Sathish Babu, a Hyderabad-based businessman. Sana Satish Babu alleged that two Dubai-based brothers – Manoj Prasad and Somesh Prasad struck a deal for Rs 5 crore to protect him in a case that the agency registered against meat exporter Moin Qureshi. The duo had claimed to be acting on behalf of the CBI special director.

On 22 October, the CBI on Monday arrested a deputy-superintendent of police (DSP)-rank official Devender Kumar who was the investigating officer in the Moin Qureshi case.