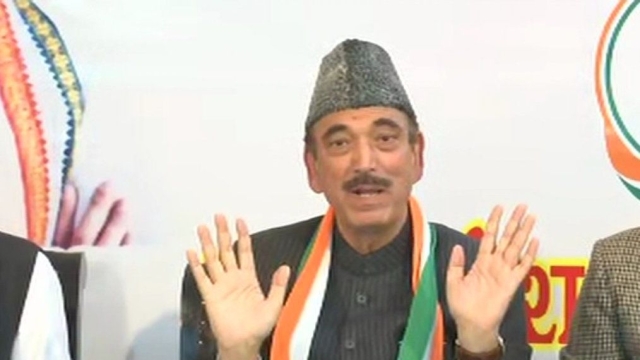 Before the abrogation of Articles 370 and 35A, former Chief Ministers of Jammu and Kashmir were accorded a lifetime perk rent-free government accommodation in Srinagar's VVIP zone. However after the nullification of the special status former CM, Congress leader and Rajya Sabha member Ghulam Nabi Azad has vacated his rent-free government, reports Times of India.

A senior J&K Bank official told TOI, "We have been told that the former CM has vacated our guesthouse, but the administration hasn't handed over the property to us yet.”

Azad served as the CM of Jammu and Kashmir from November 2005 to July 2008, however now he spends most of his time in Delhi as a Member of Parliament in Rajya Sabha.

According to sources, Former CMs Mehbooba Mufti and Omar Abdullah will have to vacate their bungalows by 1 November. Both have been in detention since 5 August.

A detailed check will be done on the inventory of all government assets in the two bungalows, including furniture, gadgets and gym equipment, in preparation for the change.

The former CMs enjoyed special privileges as per the State Legislature Members' Pension Act, 1984, which was amended multiple times till 1996 to include more perks and privileges.

With the exception of Azad, all former CMs had spent crores of rupees on modernising or renovating their official bungalows to suit their requirements.