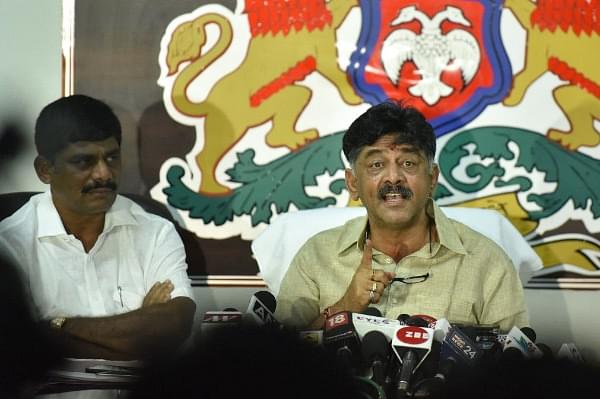 During the Assembly elections in Karnataka earlier this year, the proposal to make Lingayat a separate religion came in for criticism from the community and outside. Opposition BJP leaders tore into the government for putting forth such a blasphemous idea that could potentially disintegrate a large sum of individuals from the Hindu faith. Allegations of divide and rule was put against the ruling Congress party.

However, there is one man that has surrounded himself in controversy ever since he has stepped into state politics, and that is DK Shivakumar. Earlier last week, Shivakumar issued a statement apologising on behalf of his party for the proposition to separate the community that was put-forth by the then Siddaramaiah government.

Agitated by the intentions of the Congress leaders, several heads of mathas in Karnataka on Saturday called for a press conference in Bengaluru where they demanded DK Shivakumar’s resignation from the cabinet of ministers, Deccan Herald reported. They accused Shivakumar of trying to score political points through that statement.

They have informed the media that protests will be the last resort, and they hope that Shivakumar will resign before any such idea is allowed to fructify.