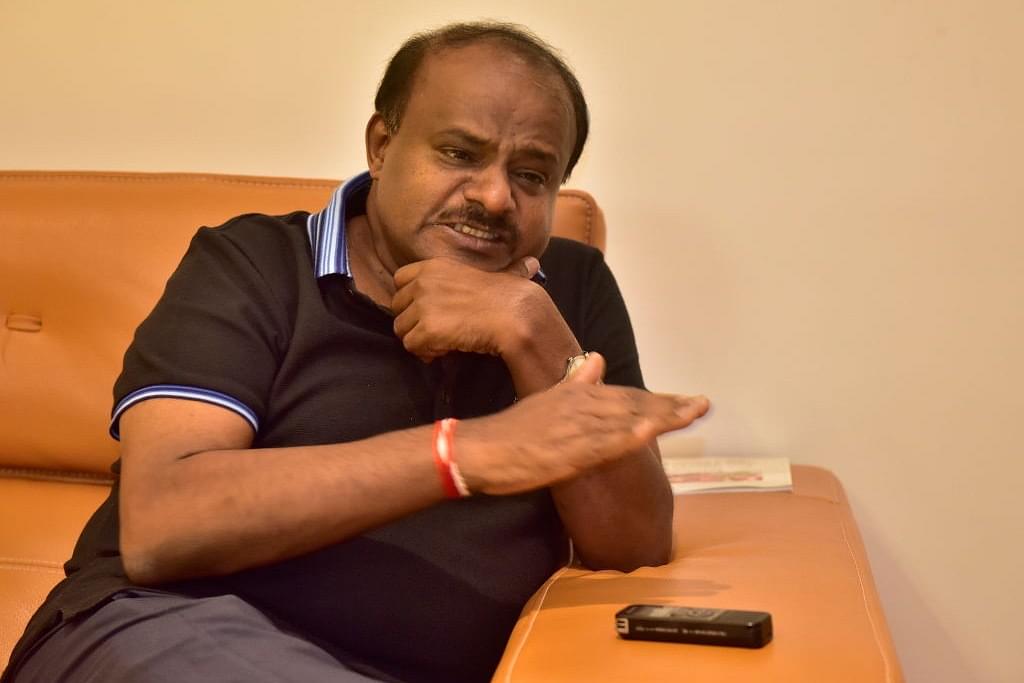 Giving a stern warning to the bankers in Karnataka, Chief Minister HD Kumaraswamy told the media that he is willing to put them behind bars if they harass farmers for repayment of existing loans, Deccan Herald has reported.

After visiting the drought-hit Afzalpura taluk on Monday (17 September), he told the media that he would jail the bankers who trouble farmers for repayment.

According to Deccan Herald, farmer Madiwalappa informed the Chief Minister that officials from the Pragati Krishna Grameen Bank at Revoor were harassing him demanding the repayment of loans. This led to a crisis since the farm loans waivers were yet to be sanctioned with money.

The CM has requested for a week’s time and was quoted as saying, "Bank officials have been warned against harassing farmers”. He also cited an example of a banker being arrested in Vijayapura for harassing farmers. The government has issued a notification on crop loan waiver, yet the bankers continue to harass farmers for loan repayment, he alleged.

He has informed the district in-charge minister Priyank Kharge to send out a warning regarding the same.