Lockdown Laddoos: Tirupati Temple Prasadam To Reach Devotees Across States At Half The Price 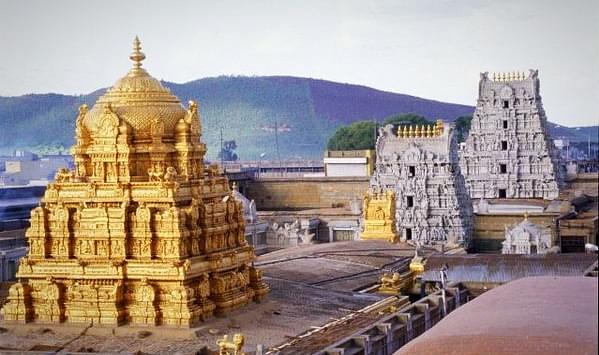 Two months after Tirupati Venkateshwara shut his doors to devottes on account of the lockdown, the temple has now decided to send laddoos across to devotees at half the price.

In a bid to cater to devotees who have been asking for the laddoo prasadam during the lockdown period, the temple will soon arrange for the same to be availed at Chennai, Bengaluru and Hyderabad and all district headquarters in Andhra Pradesh.

As reported, the Tirumala Tirupati Devasthanam (TTD) said the decision has been taken owing to the uncertainity over reopening of temple premises for devotees. Each of the laddoos weighs 175 gram and will be sold at Rs 25 instead of Rs 50 once the sale begins in the next two to three days.

Devotees who would like to order the prasadam in bulk can contact the Srivari Temple Deputy EO on 9849575952 and Potu Peishkar on 9701092777, said temple authorities and collect the same from the TTD centres.

While denying rumours of the temple facing a financial crunch, and of non-payment of salaries on account of the same, the authorities of the world’s richest temple said that on the contrary the temple’s e-hundi collection for the month had been greater than what it received for the same period last year.