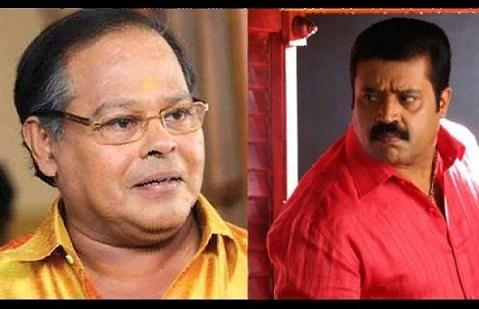 Malayalam cinema stars failed to make any impact in the Lok Sabha elections this time. Although Malayalam movie stars have generally kept away from politics, there were two actors in fray this time.

Outgoing Member of Parliament and senior actor Innocent contested with the support of Left Democratic Front (LDF) from the Chalakudy constituency. Innocent, who has figured as a comedian and character actor, contested as an independent last time and this time too. He lost by over 1.3 lakh votes to Benny Behanan of the Congress.

The other actor to lose was the high profile Suresh Gopi, who has acted as a hero in many films, besides appearing in Tamil, Telugu and Hindu films.

Suresh Gopi, nominated to the Rajya Sabha in 2016, made his electoral debut from Thrissur on a Bharatiya Janata Party (BJP) ticket this time. The versatile actor finished third behind T N Prathapan of the Congress, who won over 93,500 votes, and Rajaji Mathew Thomas of the LDF.

Suresh Gopi, however, nearly trebled BJP’s votes in the constituency getting 2.93 lakh against 1.1 lakh votes the party got in 2014.

More popular stars like Mammootty and Mohan Lal have so far avoided any association with political parties.