London Mayor Sadiq Khan: Statues Of Historical Figures Linked To Slavery Could Be Torn Down, Sets Up A Review Committee 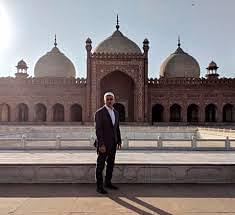 London mayor Sadiq Khan has said that the statues of historical figures linked with slavery could be torn down across the city.

Khan said that the city "shouldn't be commemorating or memorialising people who were slavers". He announced that he will be setting up a “diversity commission” to investigate which statues should be retained and which new ones should be erected. The commission will comprise of historians and arts, council and community leaders.

Khan, who hails from a British-Pakistani background and has served as a mayor since 2016, said that London is "one of the most diverse cities in the world", but recent Black Lives Matter protests have highlighted the fact that the city's statues, plaques and street names largely reflect Victorian Britain.

"The Black Lives Matter protests have rightly brought this to the public's attention, but it's important that we take the right steps to work together to bring change and ensure that we can all be proud of our public landscape." he added.

"It is an uncomfortable truth that our nation and city owes a large part of its wealth to its role in the slave trade and while this is reflected in our public realm, the contribution of many of our communities to life in our capital has been wilfully ignored. This cannot continue," said Khan.

Last week. a statue of the former British Prime Minister Winston Churchill at London's Parliament Square was ‘defaced’ as thousands of Black Lives Matter protesters took to the streets to condemn police brutality that led to the killing of black American George Floyd in Minneapolis, U.S.

The statue of Winston Churchill was ‘vandalised’ by protesters with the word 'racist' scribbled on the monument. Protesters also pinned a poster to the memorial at the with the words "Black Lives Matter".

During another protest at Bristol, a statue of a 17th century slave trader and philantropist Edward Colston was dragged to nearby Bristol harbour and thrown in the water.

Activists of Black Lives Matter staged in rallies in several other cities including Manchester, Newcastle, Cardiff and Watford following the death of George Floyd.

A highly celebrated war time leader, Churchill is often posthumously voted by his countrymen as the greatest Briton. However Churchill has faced questions over the 1943 famine in Bengal, where over 3 million Indians perished, largely as a result of catastrophic mismanagement by British.