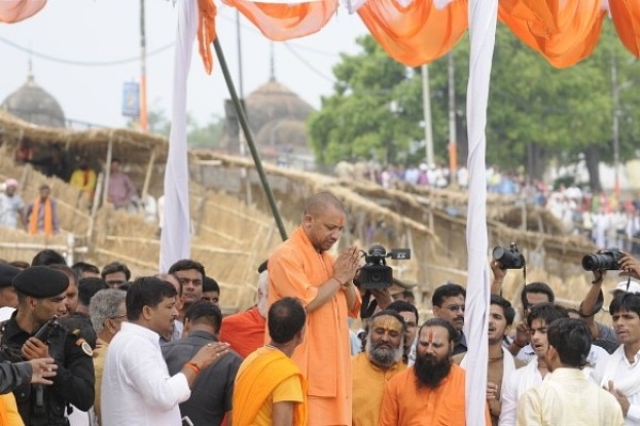 The Uttar Pradesh cabinet cleared Rs 200 crore for the preparation of the “Ram Statue” project in Ayodhya. A trust will be formed under the chairmanship of the Chief Minister to oversee the project, reports Indian Express.

According to the report, it was also decided to form a high-power committee, chaired by the CM, with the deputy CMs as well as three other cabinet ministers as members. Furthermore, five technical panels will also be constituted.

It was decided that while funds for developing infrastructure surrounding the statue for promoting tourism in Ayodhya would be spent by the state government, funds for construction of the statue will be collected through donations or corporate social responsibility.

A Memorandum of Understanding (MoU) with the Gujarat government will also be signed by the Yogi government to understand the engineering preparations of the Statue of Unity.

“Twenty-eight hectares will be acquired in the first phase for the project, while an MOU will be signed with the Gujarat government for engineering, architectural and other technical guidance,” additional chief secretary (tourism) Avaneesh Awasthi was quoted in the report as saying.

“It has also been decided that while the government will develop the infrastructure and facilities surrounding the site, the statue will not be built through government funds,” he added.

He further said, “Jo pratima banegi, koi sarkar dhan kharcha nahi hoga, CSR se ya daan se banegi. (For the statue, no government funds will be spent. CSR funds or donations will be used for the purpose).”