Lucknow Gets Its First Woman Mayor After 100 Years, BJP Gets 14 Out Of 16 Mayors 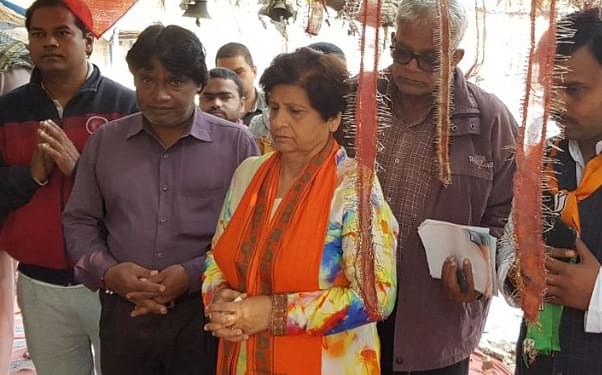 Sanyukta Bhatia of the Bharatiya Janata Party (BJP) has now become the first woman mayor of Lucknow Nagar Nigam in 100 years cince the Uttar Pradesh Municipalities Act of 1916 was passed. Bhatia defeated Meera Vardhan of the Samajwadi Party (SP) and Bulbul Godiyal of the Bahujan Samaj Party (BSP). Lucknow cast its vote in the second phase of Municipal elections in Uttar Pradesh.

More than 23 lakh voters in Lucknow cast their votes on Sunday (26 November). The state also has the distinction of giving India its first woman governor – Sarojini Naidu (1947-1949) and chief minister – Sucheta Kriplani (1963 to 1967).

70 year-old Bhatia has a strong political background. Her late husband Satish Bhatia, represented Lucknow Cantonment in the assembly twice on a BJP ticket while her son Prashant is prominent leader of the Rashtriya Swayamsewak Sangh (RSS).

The BJP meanwhile was victorious in the recently concluded civic polls across the northern state. It won 14 Mayoral posts in the 16 municipal bodies that went to vote. In 2012, it had won 10 out of 12. Four new municipal corporations – Ayodhya, Saharanpur, Firozabad and Mathura – went to the saffron party while the BSP bagged the remaining two. The party also won a majority of the municipal councils and nagar panchayats, with the SP coming in a distant second.

Uttar Pradesh Chief Minister Yogi Adityanath said that the victory has set the BJP on the path to achieve “100 per cent results” in the 2019 general elections.