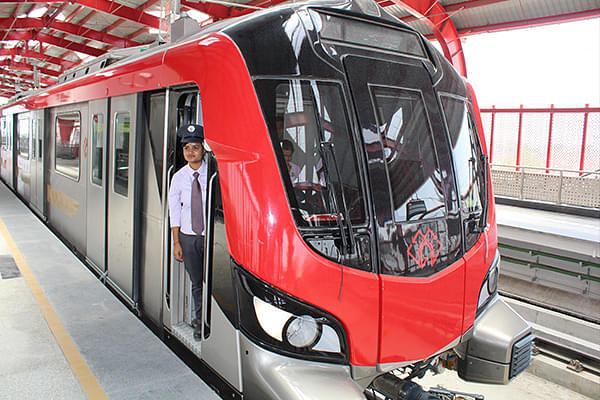 Lucknow Metro on Wednesday (9 Janurary) successfully completed a trial run of its North-South corridor section. The corridor is expected to become operational in February, two months before the April deadline, claim reports.

"We today completed the successful trial run of the remaining section of the North-South corridor. The work is likely to be completed by February, much ahead of the initial deadline of April 2019," Kumar Keshav, Managing Director (MD) of Lucknow Metro Rail Corporation (LMRC) was quoted in the report as saying.

According to the report, the maximum price of the ticket of the 23-km section will be Rs 60 and it will have 21 stations. Once the route becomes operational, it will cut the time taken in covering the distance from Munshipulia to airport by more than half.

Currently the distance takes about 90 minutes to cover but using the metro one can reach it in just 40 minutes and provide respite traffic congestion as well, MD said.

"Construction of Metro in a city like Lucknow has been a challenge in itself. In a period of less than three years, the LMRC has created a world record and has earned the distinction of being the fastest Metro (project) which has ever been implemented so far," Keshav said.

"The early operations of the metro corridor will be our New Year gift to the city of Lucknow," he added.