Lucknow Metro A Hit: Total Ridership Crosses 1 Crore As Over 60,000 Commuters Use It Daily 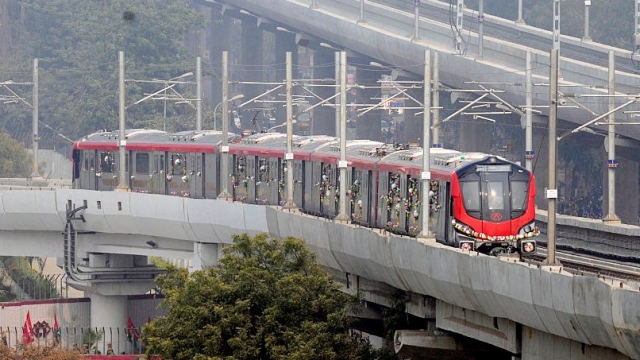 In a major milestone for the Lucknow Metro, which began functioning since 2017, its ridership has touched the 1.11 crore figure since the beginning of its services, reports Metro Rail News.

The information was released in a statement by the Lucknow Metro Rail Corporation (LMRC).

“LMRC thanks all passengers, who have showered such immense support and warmth ever since the commencement of commercial services in 2017. We touched the ridership figure of 1.11 crore on Tuesday. Nearly 60,000 passengers travel by Lucknow Metro every day,” it said.

The statement added that trains running on Lucknow Metro’s tracks were now averaging 331 trips on a daily basis.

The Lucknow Metro currently operates one route, known as the Red Line, which runs from Chaudhary Charan Singh International Airport to Munshi Pulia. Another route, the Blue Line, is currently under construction and will improve connectivity to the Charbagh Railway Station from Vasant Kunj.