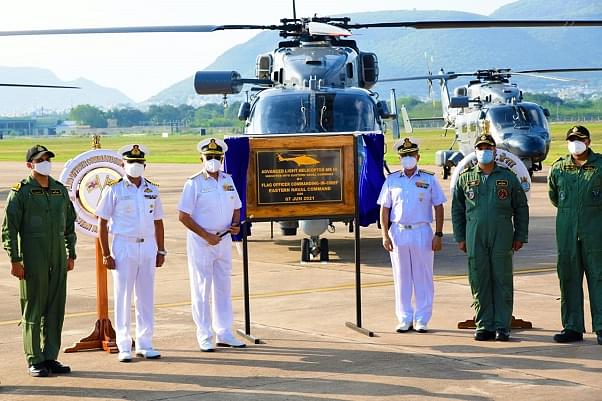 With the induction of these Maritime Reconnaissance and Coastal Security (MRCS) helicopters, the Eastern Naval Command (ENC) got a significant boost towards enhancing the force's capabilities in pursuit of the nation's maritime interests.

"These helicopters, built by Hindustan Aeronautics Ltd, are state-of-the-art flying machines and constitute a major step in our quest for Atma Nirbhar Bharat," the Ministry of Defence said in a statement.

ALH MK III helicopters feature an array of systems previously seen only on heavier, multi-role helicopters of the Indian Navy. These helicopters are fitted with modern surveillance radar and electro-optical equipment, which enable them to undertake maritime surveillance and provide long-range Search and Rescue, both by day and night.