Made In India Light Combat Helicopter Is Ready For Winter Operations At Forward Posts In Ladakh: HAL Chief 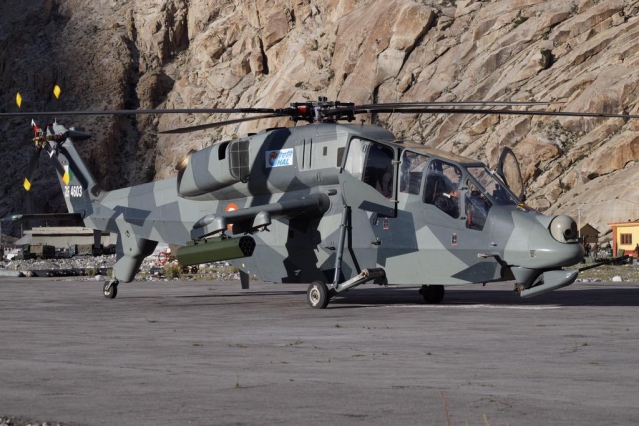 An LCH in Ladakh.

Amid the ongoing tension between India and China at the Line of Actual Control (LAC), the indigenous Light Combat Helicopter (LCH) and Advanced Light Helicopter (ALH), both developed by defence PSU Hindustan Aeronautics Limited (HAL), are fully geared to support the soldiers deployed at the forward posts through the winter season in Ladakh, reports Economic Times.

According to the report, after proving its worth in supply missions to the Siachen glacier, the in-service ALH is being used by the Indian Army and Indian Air Force (IAF).

“Both the army and air force are operating the chopper that has high altitude capability and can carry a meaningful payload where others find it difficult to go. More than 20 of the choppers are flying and support teams are in place,” HAL chairman R Madhavan was quoted as saying.

The HAL chief further said that it would be even easier for the helicopter to carry payloads in the coming winters as a temperature drop improves performance.

The ALH has been reportedly performing exceptionally well, with no aircraft on ground, which means that all machines are serviceable and flying without problems.

Apart from the ALH, the defence PSU has also sent two combat-ready LCHs to the armed forces in Ladakh.

It should be noted that HAL is yet to receive an order from the armed forces for the LCH. However, it has sent the indigenous combat choppers as demonstrators.

Madhavan said that the performance of the two LCHs has been appreciated.

The defence PSU has designed the LCH especially for operations in high-altitude areas.

Amid the ongoing standoff between Indian and Chinese troops at the LAC, the choppers will be the lifeline for soldiers deployed at frontline posts in Eastern Ladakh. Besides transporting troops, they will be critical for dropping supplies besides being on standby for medical emergencies.