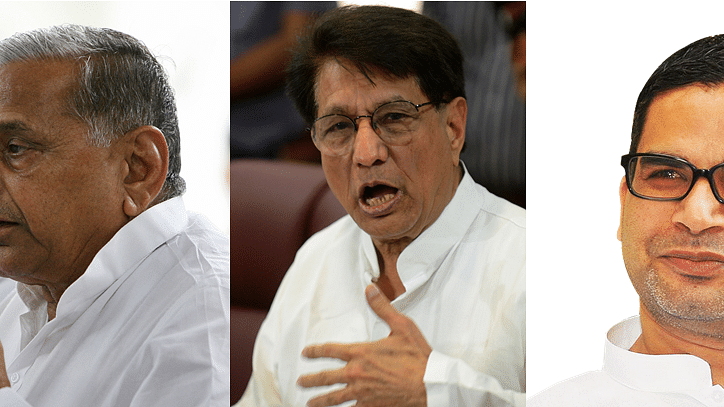 Is SP-Congress-RLD mahagathbandhan on cards?

While the details of the meeting were not revealed, it comes as speculation is on about Congress and SP looking at forging an alliance in poll-bound Uttar Pradesh.

Kishor, said to be close to party Vice President Rahul Gandhi, is formulating the strategy for Congress in the state.

So, will SP, Congress and RLD come together to form an alliance to take on the BJP? There are many hurdles. Congress has already declared Shiela Dikshit as its Chief Ministerial candidate in the state. Also, currently Akhilesh Yadav is not on good terms with his father and uncle. He didn’t take part in these meetings with Kishor. It is unlikely that he would go with Congress which brings very little to the table. However, wooing Ajit Singh makes sense since his captive votebank in the Western UP can help SP counter Mayawati which has a strong base there. But, SP is not the only one which is looking to ally with the RLD. Even the BJP is trying to get Ajit Singh into its fold.