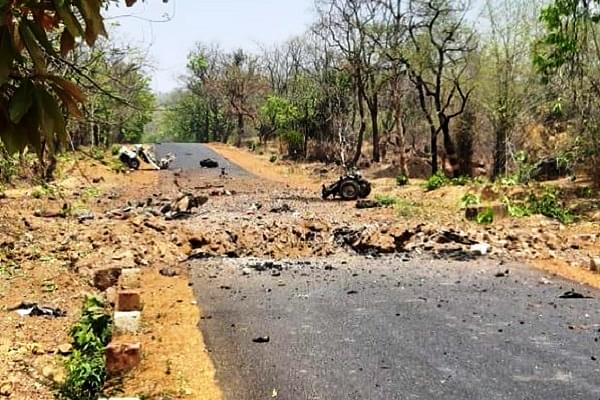 Visuals from the blast site (@ANI/Twitter)

In another dastardly attack by left-wing terrorists, 16 security personnel have been martyred in a IED blast carried out by Maoists in Maharashtra’s Gadchiroli, ANI has reported.

The security personnel belonged to the Gadchiroli C-60 force.

The bast is said to have taken place at Lendhri pool situated 6 km away from Kurkheda in north Gadchiroli. Earlier the Maoists had torched at least 25 vehicles belonging to a road construction company in the district.

The IED blast is said to have targeted a police vehicle in which 16 personnel are believed to have been travelling.

Ahead of the Lok Sabha polls, the Naxals had carried out a similar IED attack on the convoy of BJP MLA from Dantewada Bhima Mandavi who was killed along with five security personnel. The attack took place between the Kuakonda and Syamgiri area of Chhattisgarh’s tribal Dantewada region.