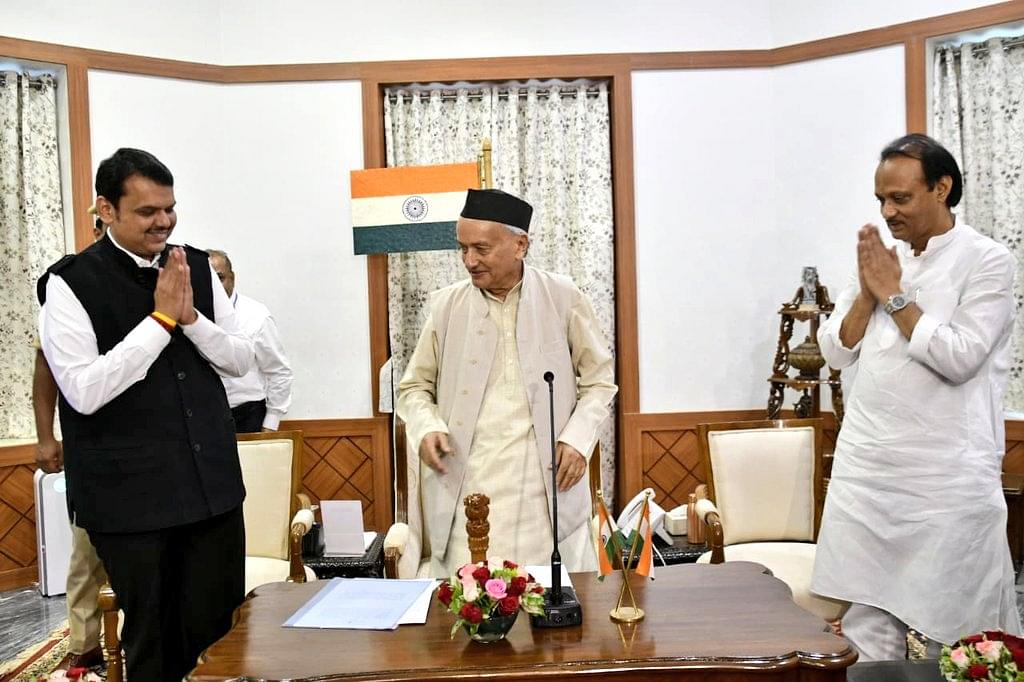 A meeting of the Bharatiya Janata Party's legislators on Sunday (24 November) resolved to win the upcoming floor test in the Maharashtra Assembly with a thumping majority, a top party leader said.

He reiterated how the Shiv Sena insulted the public mandate given to the BJP-led erstwhile 'Maha-Yuti', and has now changed track.

"We have resolved to ensure a thumping majority on the floor test and ensure that the Fadnavis-Pawar government goes to its full term for the welfare of the people of Maharashtra," Shelar said.

To a question whether the BJP had launched an 'Operation Kamal' to break the Shiv Sena-Nationalist Congress Party-Congress legislators, he shot back saying in Maharashtra there's only "Operation Fadnavis-Pawar" for their full five-year term of the government.

The meeting also passed a resolution congratulating both Fadnavis and Pawar for taking over their responsibilities early on Saturday morning.

Barring a few, a majority of the BJP's 105 legislators were present and those who were absent had cited valid reasons to the party leadership, he clarified.

This was the first formal meeting of the BJP after the Fadnavis-Pawar duo was sworn-in early on Saturday, triggering off a major political crisis.