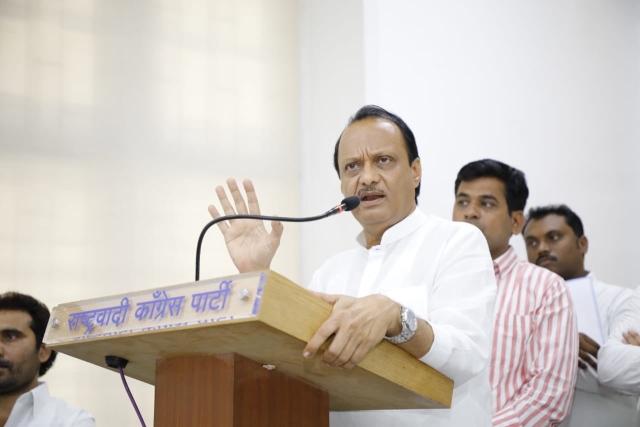 Nationalist Congress Party’s (NCP) Ajit Pawar on Monday (30 December) took oath as ministers in the Maharashtra cabinet, which was expanded 32 days after the Maha Vikas Aghadi government was formed. He will be the Deputy Chief Minister (CM) in the coalition government.

Aditya Thackeray has been made a Cabinet minister along with other Maha Vikas Aghadi heavyweights like former Chief Minister Ashok Chavan, ex-Leader of Opposition in Council Dhananjay Munde, ex-Speaker Dilip Walse-Patil, and NCP spokesperson Nawab Malik.

As many as 35 ministers, comprising 25 of cabinet rank and 10 with Minister of State (MoS) rank.

Maharashtra Governor B S Koshyari administered the oath to the new team in the Maharashtra Legislature precincts.

Ajit Pawar is the nephew of NCP supremo Sharad Pawar and had briefly broken away to join hands with the BJP to form the short-lived Devendra Fadnavis government.

However, when the alliance broke and Shiv Sena tied up with the NCP and Congress to form the Maha Vikas Aghadi government, his father Uddhav Thackeray became the Chief Minister.

The Cabinet has three women: NCP's Aditi Tatkare (MoS) and Congress' Varsha Gaikwad and Yashomati Thakur, both Cabinet rank - though the Sena has no woman nominee.

Since six ministers took the oath on 28 November along with Thackeray, today's expansion has taken the strength of his ministry to 41, plus the Chief Minister.