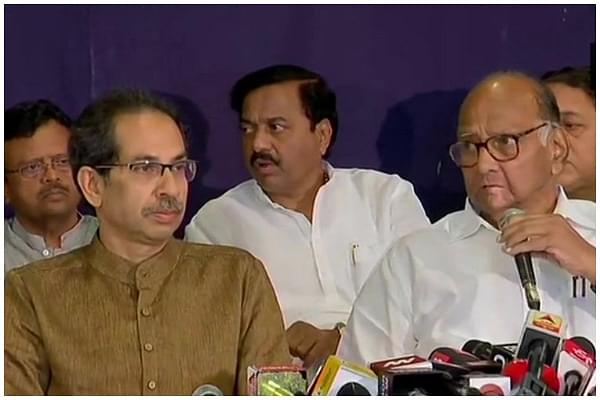 The Maha Vikas Aghadi late on Wednesday (27 November) decided that the coveted post of Speaker of the Maharashtra Assembly will go to the Congress and Deputy Chief Minister's post will be held by the Nationalist Congress Party, senior NCP leader Praful Patel said.

Additionally, the post of Deputy Speaker will also go to the NCP, he said. As per current information, there will be only post of Deputy CM in the new government.

Besides, one or two legislators from Nationalist Congress Party and Congress will take oath as ministers along with Chief Minister-designate Uddhav Thackeray on Thursday (28 November) evening, Patel said.

Senior Congress Ahmed Patel, however, said that the exact number of legislators who will be sworn-in from different will be decided later tonight and the complete picture will emerge on Thursday (28 November) morning.

They were interacting with the media after emerging from a two-hour long meeting of Shiv Sena-NCP-Congress attended by Thackeray, Sharad Pawar, Ahmed Patel and other senior leaders of the three parties.

They met ahead of the oath ceremony to hammer out the issue of portfolios and details of the legislators from their respective parties who would be sworn-in along with Thackeray.