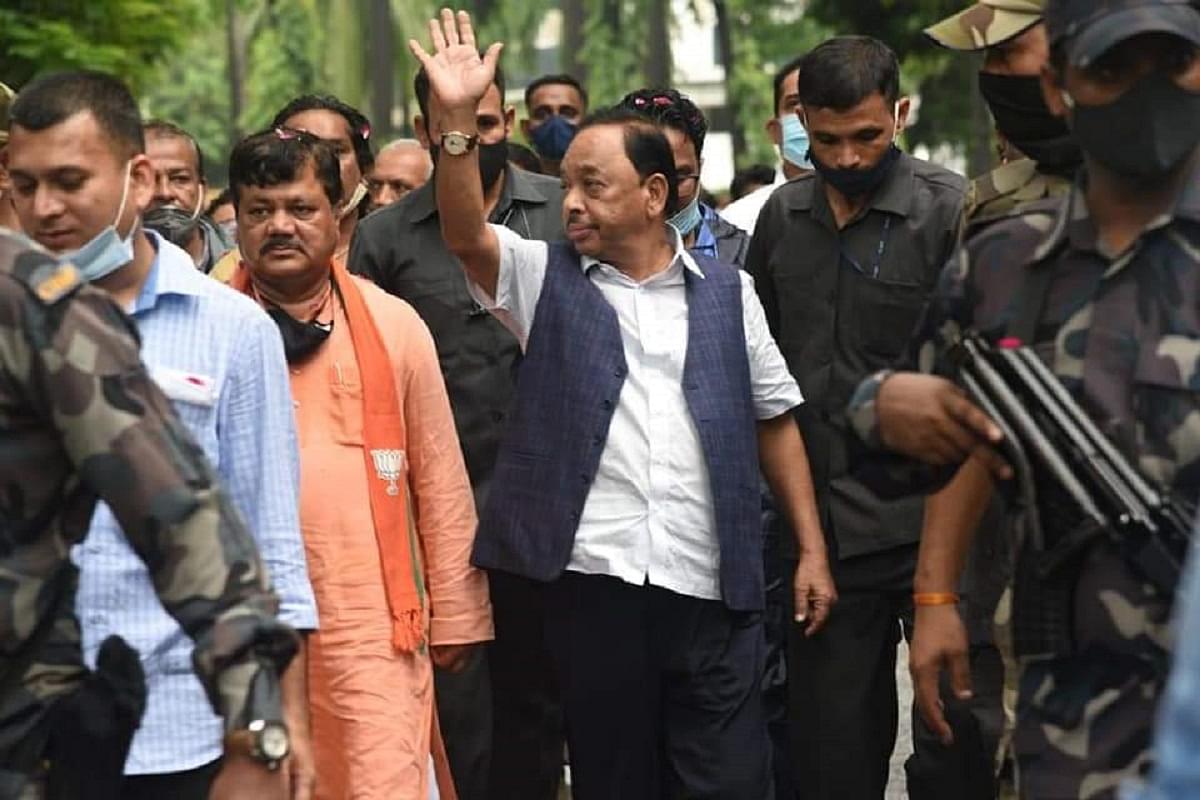 In a major development, the Maharashtra Police on Tuesday (24 August) afternoon went to arrest Union Minister Narayan Rane for his 'slap slur' against Chief Minister Uddhav Thackeray, but faced resistance from his supporters.

A team of police personnel went to Rane's camp in Sangameshwar in Ratnagiri when he was en route on his 'Jan Ashirwad Yatra' in the Konkan region.

The developments came barely a couple of hours after Rane sharply dared that "nobody could do anything to him" or prevent him from "moving around freely".

A team of senior police officers met Rane and later completed the arrest formalities even as a large number of his supporters and a huge posse of police were present.

An aide to the central minister Pramod Jathar claimed that no arrest warrant has been produced and the police pleaded that they were under 'pressure' to arrest Rane.

Jathar added that "there is the rule of law" in the state but the police were not following the due protocols, not showing the arrest warrant or other documents for the same.