Make In India: In A First, Japanese Carmaker Honda To Export Made In India Cars To Western Nations 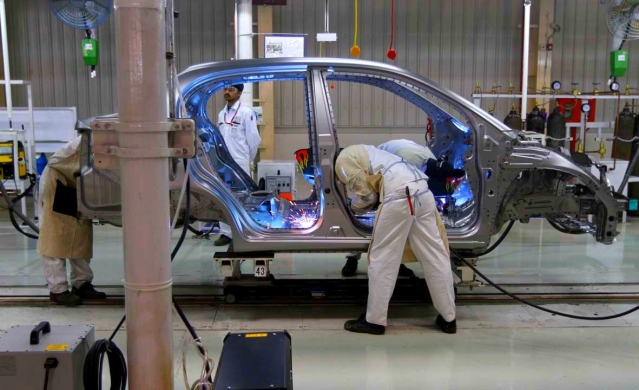 The assembly line of the Honda Amaze car at Tapukara in Alwar, India. (Virendra Singh Gosain/Hindustan Times via Getty Images)

In a boost for Make in India and Aatmanirbhar Bharat push of the Government of India, Japanese carmaker Honda Cars has determined to turn its Indian factories as a strategic hub for exports, reports Times of India.

The company, which had earlier refused to focus on exporting cars manufactured at its Indian plants as a major objective has now turned it into an integral part of its operations. It plans to initiate exports to left-hand driving nations in the West for the first time since the company began operations in India.

To begin with, the company will export Indian made City sedans to the Western nations. This would open newer markets for Honda's made in India cars, with the company's India-made entry-level sedan Amaze and WR-V already being exported to South Africa and neighbouring nations.

The company has an installed capacity of 2.8 lakh units in India, with two plants in Uttar Pradesh's Greater Noida and Rajasthan's Tapukara.

The decision comes with the sales in the domestic market having been deeply disrupted due to the pandemic induced lockdowns and the resultant economic chaos.