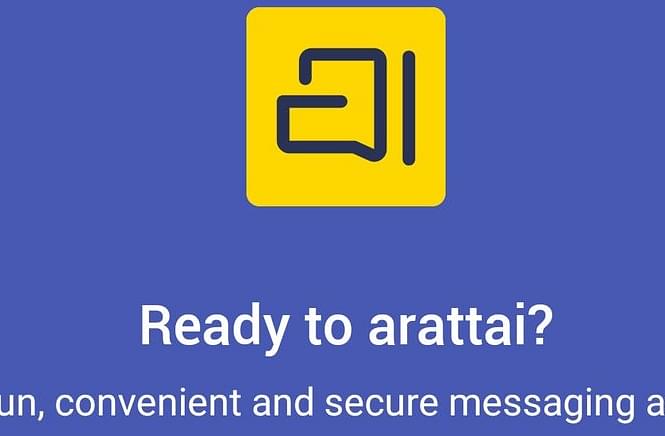 A screenshot from the Arattai App

Amid heightened concerns about privacy with the changes in whatsapp’s policy, Chennai based firm Zoho is developing a consumer messaging app called Arattai, reports The Times of India.

Arattai is a Tamil word which means chit-chat.

Zoho corporation is a multinational technology company specialized in software development. It is headquartered in Chennai.

On Sunday, company’s founder and Chief Executive Officer (CEO) Sridhar Vembu had tweeted that the current version of Arattai that is available on app stores is a friends-and-family trial release and a formal launch is being planned in a few weeks.

He said that the buzz created in social media around this new instant messaging app has compelled them to tweet about Arattai.

"As a company, we value our users' privacy and do not share any data with third parties and do not have an ad revenue model too. The data will also be stored in India as a homegrown company,” Zoho's Vice President of marketing Praval Singh has told The Times of India.

As per Arattai's privacy policy, the app collects data including profile name, phone number, country code, address, profile picture (optional) and contacts (optional), and data is not shared or disclosed without the user's prior specific consent.

Welcoming the move, netizens have appreciated the development of a ‘Made In India’ alternative to messaging app Whatsapp.

Some have opined that a similar indigenous alternative to Twitter and Facebook must be developed to decrease the risk of control by foreign based big tech corporations.