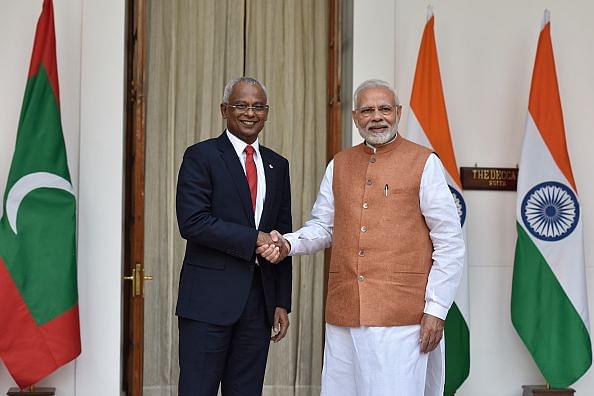 Maldives is likely to scrap an agreement that was signed by its erstwhile Yameen government with China in 2017 to build an observatory in the Indian Ocean, reports Times of India.

The agreement had raised security concerns in India that construction of such an observatory would allow China to keep an eye on the important Indian Ocean shipping route through which many merchant and other ships pass.

According to the report, top Maldivian government sources said that the agreement that former president Abdulla Yameen signed with China in 2017 is “not on the table”.

The agreement, titled ‘Protocol on Establishment of Joint Ocean Observation Station’, was reportedly meant to allow China to build an observatory at Makunudhoo, the westernmost atoll of the Maldives in the north.

S Jaishankar, the then foreign secretary of India, had discussed the issue with the then Maldivian envoy Ahmed Mohamed. However, the envoy had clarified that China was only looking to build a meteorological ocean observation centre. Later, in February 2018, China had also clarified that the observatory was not meant for any military purpose.