Maldivian Ex-President Yameen Feels The ‘Pen’ Of Defeat, Claims His Loss Was On Account Of ‘Disappearing Ink’ 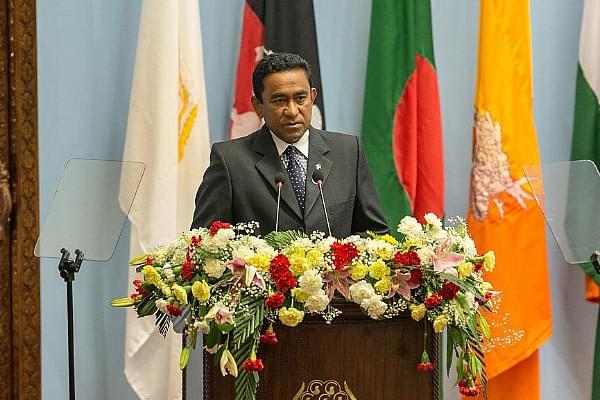 The recently defeated outgoing President of Maldives, Abdulla Yameen, has blamed “specially treated ballot” papers and “disappearing ink” for his heavy defeat in the last month’s election, The Hindu has reported.

Yameen has filed a petition in the Maldivian Supreme Court to annul the 23 September election results alleging “rampant” vote rigging.

Lawyer for Yameen, Mohamed Saleem, alleged that the ballot papers were coated with an “unnamed substance” to make votes marked in the name of Yameen disappear. He said that people who went for voting for Yameen were provided with a “special pen with disappearing ink”.

The officials who were counting ballots carried ‘secret’ pens with them with which they marked ballots for the opposition, alleged Yameen’s lawyer.

The Independent Election Commission of the Maldives, however, refuted these claims. The lawyers of the commission denied any use of ‘special’ ink or coating of the ballot papers and said that the petition should be dismissed as it was based on “false allegations.”

Yameen had earlier accepted the defeat after the election results came out and said that he will step down on 17 November when his term ends but last week he filed a petition in the Supreme court challenging the elections.

United States had, before the court hearing began, warned of taking “appropriate measures” if the will of Maldivians was undermined.