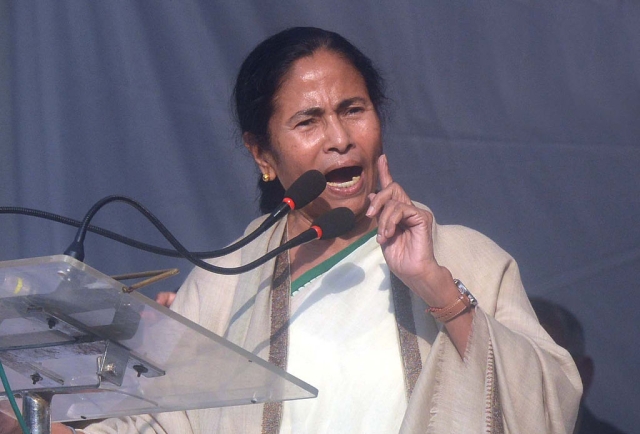 West Bengal Chief Minister Mamata Banerjee has alleged a violation of Human Rights in Kashmir following the abolition of Article 370 and urged her followers to pray for human rights and peace in Kashmir, Times of India has reported.

Today is World Humanitarian Day. Human rights have been totally violated in #Kashmir. Let us pray for human rights and peace in #Kashmir 1/2

Mamata also claimed that the subject of human rights is very close to her heart and she had participated in protests against their violations 24 years ago.

Incidentally, Mamata Banerjee led Trinamool government has been accused of human rights violations in the state over murders of political opponents especially belonging to the BJP.

BJP has accused the ruling Trinamool dispensation of murdering 77 of its party workers in recent years and facilitating violence against scores more.

A BJP worker identified as Kader Mollah was found dead in Bengal’s Kakdwip on Sunday morning (17 August) with blood stains and injury marks on his mouth. He had gone missing on Saturday. Mollah was the booth president of BJP’s minority cell and had joined the party six years ago.

He and other party leaders reportedly began getting threats after filing a police complaint against “communally sensitive” material being distributed in the area. BJP has alleged that his murder was a result of an altercation with a local Trinamool leader.