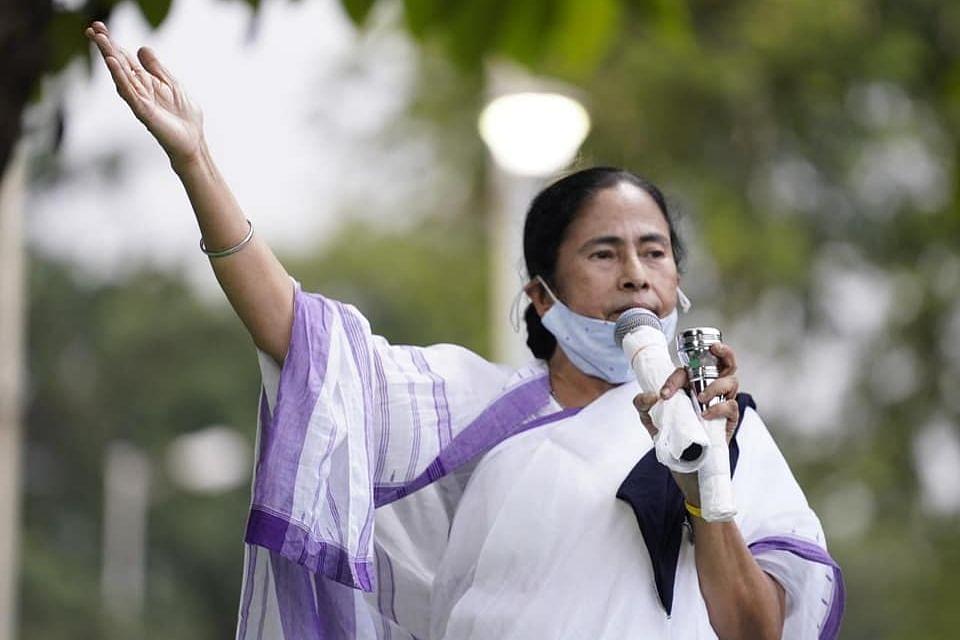 West Bengal Chief Minister Mamata Banerjee has revealed that she will contest the upcoming assembly polls in the state from Nandigram, Times of India reports.

Banerjee made this announcement whilst addressing a rally in the town on Monday (18 January).

Nandigram is situated in Purba Mednipore, which is known to be a bastion of BJP leader Suvendu Adhikari. He had joined the saffron fold during Union Home Minister Amit Shah’s visit to the state in December.

Adhikari’s exit came as a major jolt to TMC, considering that he is considered to be the party’s tallest mass leader after Banerjee. He had won the Nandigram seat during the 2016 assembly elections.

BJP is rapidly gaining foothold in the Medinapore region and Banerjee’s decision to contest from there is arguably to counteract her opposition’s rising popularity. The Chief Minister is currently an MLA from Bhabanipur in South Kolkata. Reports have suggested that Mamata may contest from both Bhabanipur and Nandigram in the upcoming polls.

“I will contest from Nandigram. Nandigram is my lucky place. Those who have left the part, have my best wishes. Let them become president and vice president of the country. As long as I am alive, I won't allow them to sell out my state to the BJP,” the TMC supremo was quoted in the report.