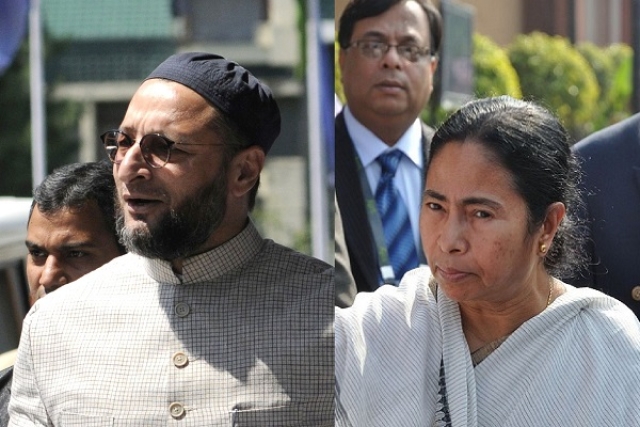 After West Bengal Chief Minister and Trinamool chief Mamata Banerjee’s recently trained her guns at the All India Majlis-e-Ittehadul Muslimeen (AIMIM) with the statement telling Muslims to stay away from extremists who have their base in Hyderabad, the party’s leader Asaduddin Owaisi responded sharply with his own retort today (19 November), reports India Today.

In her speech in Cooch Behar, Mamata Banerjee had accused both the AIMIM and the BJP of creating divides between communities.

Owaisi opined that it was not religious extremism to point out that Bengal’s Muslims had one of the lowest human development indicators among minorities. He added that the Mamata government was practising extremism against the Muslim community by not giving them an adequate share in education and reservations.

The AIMIM chief also highlighted how despite the Muslims in Bengal voting for the Trinamool, the BJP had still managed to win 18 out of 42 seats in the state in the general elections this year.

In recent years, the AIMIM has tried to expand its traditional political base from Hyderabad to new states, and has often come under attack from parties which traditionally received the Muslim vote in those places.