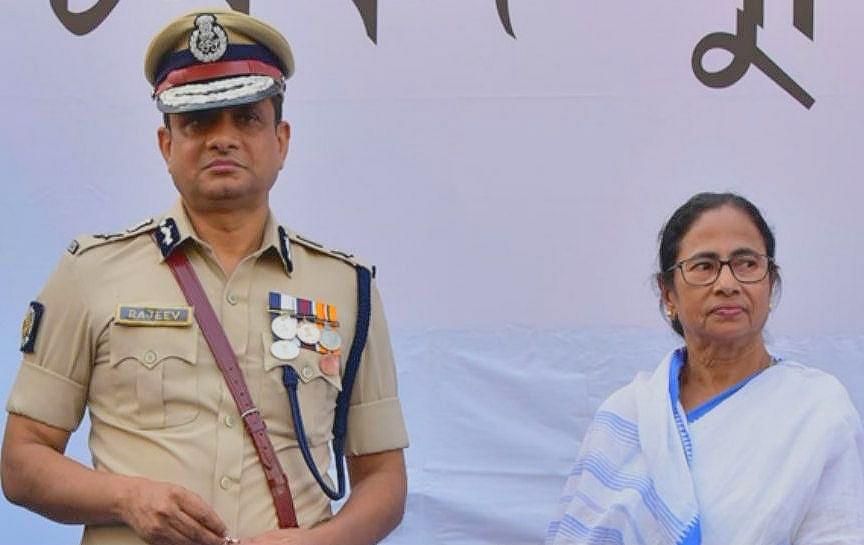 Making his first public appearance in 20 days, during which he eluded the CBI detectives frantically searching for him, senior IPS officer Rajeev Kumar on Thursday (3 October) surrendered before the Alipore court here and was given him bail in connection with the Saradha ponzi scheme scam.

Kumar gave himself up before the Additional Chief Judicial Magistrate Subrata Mukherjee, as part of formalities two days after he was granted anticipatory bail by the Calcutta High Court in the case.

The ACJM asked the current Additional Director General of the West Bengal Criminal Investigation Department to furnish two sureties of Rs 50,000 each for availing of the bail.

Kumar was last seen in public on September 13 at the Calcutta High Court, which had on that day withdrawn the interim protection from arrest given to him earlier by the judiciary.

Since then, Kumar had not appeared before the Central Bureau of Investigation which sent him multiple notices to appear before the sleuths for questioning in the case.

The CBI, which wanted Kumar's custodial interrogation, sent a special 12-member team in the city to nab him. But despite a manhunt spread across several districts, with raids on hotels, guest houses, government offices, bungalows and even a private hospital, the federal agency could not catch him.

On Tuesday, in a jolt to the CBI, a division bench of the high court granted anticipatory bail to Kumar, saying it did not find merit in the agency's plea for his custodial interrogation at this stage of the interrogation. The high court has ordered that Kumar would be granted bail immediately if the probe agency arrested him in connection with the case.

The story has been published from a syndicated feed, only the headline has been changed