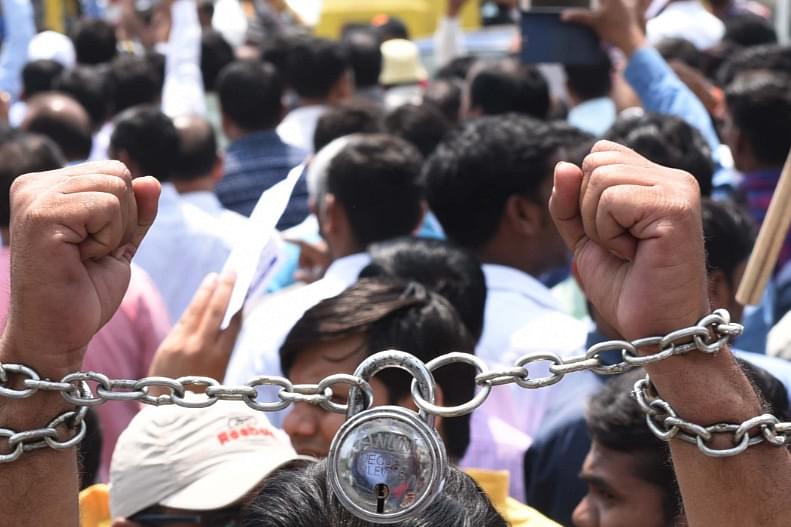 In an incident that shows the state of affairs of the law enforcement authorities, one Vishnu Tiwari has now been declared innocent by Allahabad High Court after spending 20 years in jail following his conviction on false charges of rape.

He was convicted at the age of 23 in the year 2000 and sentenced to life imprisonment. In the 20 years he spent in jail, Tiwari lost all his family members, reports The Times Of India.

Tiwari, a resident of Lalitpur village, was booked on charges of rape, sexual exploitation, criminal intimidation of Indian Penal Code (IPC) and other sections of SC/ST (Prevention of Atrocities) Act when a woman from Silawan village which is 30 km away from his place accused him of raping her.

He was held guilty by a trial court and sentenced to life. Later, he was shifted to Agra Central Jail in 2003.

"The man will be released soon. It is unfortunate that he spent 20 years in jail for a crime he never committed. We are now waiting for the formal release order," said VK Singh, Senior Superintendent, Agra Central Jail.

The jail superintendent has described Tiwari as a mild-mannered person who was attached to his family. He said Tiwari used to cook food for inmates and supervise cleaning inside the prison.

While being in prison, Tiwari has not just lost his youth phase of life, he also lost his father and a brother. His condition did not even allow him to attend the funeral of his family members.

Only in 2020, the jail authorities approached the state legal service authority to appeal in the high court. He was acquitted by a division bench of justices Kaushal Jayendra Thaker and Gautam Chaudhary in January 2021.

While delivering the judgement, the court observed that there was a delay of three days in FIR, there were no injuries on private parts of the victim, the complaint was filed by husband and father-in-law of the woman, and there was a "motive on the part of the complainant" related to land dispute.