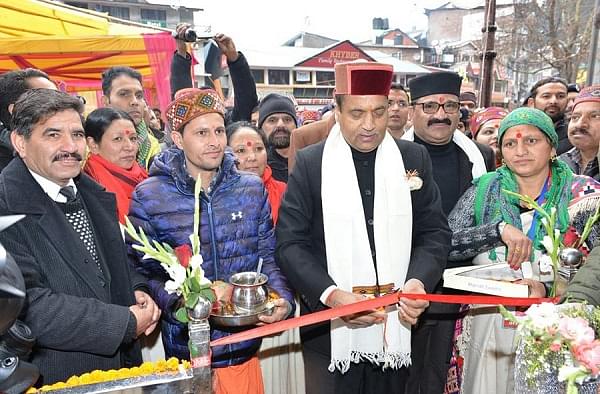 The carnival began with Thakur flagging off a cultural parade; folk dances, local music and other elements of the state’s culture will all be part of the festival. It has become popular among international tourists as well.

The first day’s procession saw the participation of 120 ‘mahila mandals,’ carrying social messages encouraging cleanliness, women empowerment, drug abuse awareness, etc. Thakur declared that a sum of Rs 8,000 would be handed out to each of the mahila mandals who had participated.

He noted how Kullu was likely the best suited district to preserve the rich cultural heritage of Himachal Pradesh. At the event, he also announced the creation of a Public Works Department (PWD) division for Manali and revealed funding details for upgrading several local schools, which would receive sums in the range of Rs 20-85 lakh.

Forest and Transport Minister Govind Thakur praised the state government’s efforts during its one-year tenure to look after the welfare of the people and promote the development of the state.

Thakur also announced that one lakh rupees will be spent from his discretionary funds for promoting cultural events.