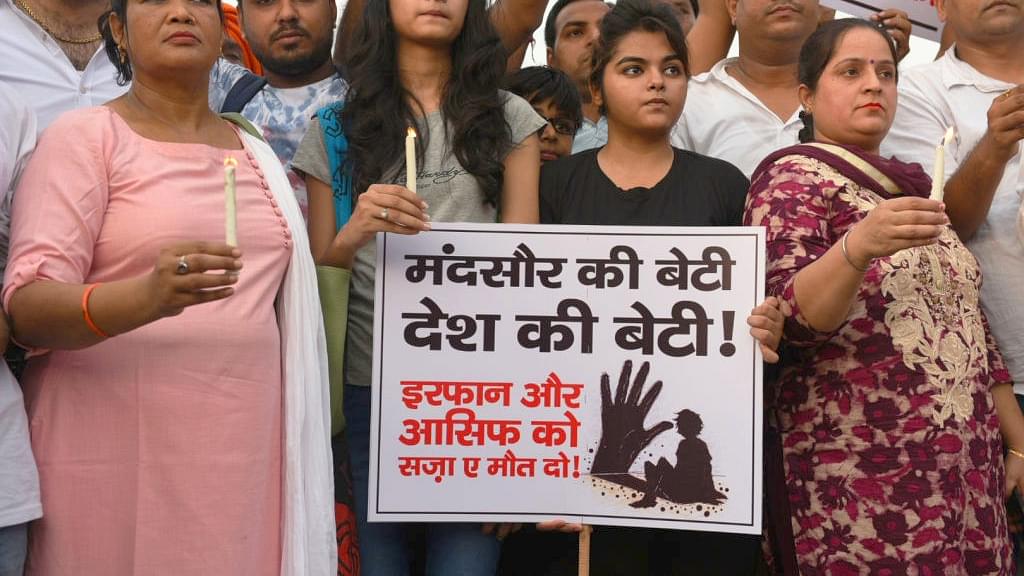 Two men accused of raping and attempting to murder a seven-year old girl in Mandsaur have been handed capital punishment by a sessions court in the city.

Irfan, 20 and Asif, 24 have been convicted under the newly introduced Section 376DB of the Indian Penal Code which pertains to rape of a woman under 12 years of age by one or more persons.

The incident had led to huge demonstrations in Mandsaur and other part of Madhya Pradesh as the public anger erupted against the ghastly act. The accused had allegedly tried to kill the girl after raping her by slitting her throat.

The girl was found with severe injuries all over her body and private parts and is currently being treated at a hospital in Indore.

The accused were held by the police based on CCTV footage and eyewitness accounts as reported by the Times of India. The girl’s blood was found on Irfan’s clothes and the DNA found in the girl’s vaginal swab matched the DNA of the two accused among other evidences.

One of the accused was also slapped by a local BJP leader on the way to the court.

#WATCH: BJP leader Vinay Dubela slaps one of the two Mandsaur rape accused while they were being produced before the court. The two accused have been awarded death sentence in the rape case. #MadhyaPradesh pic.twitter.com/8fjqKikkkt