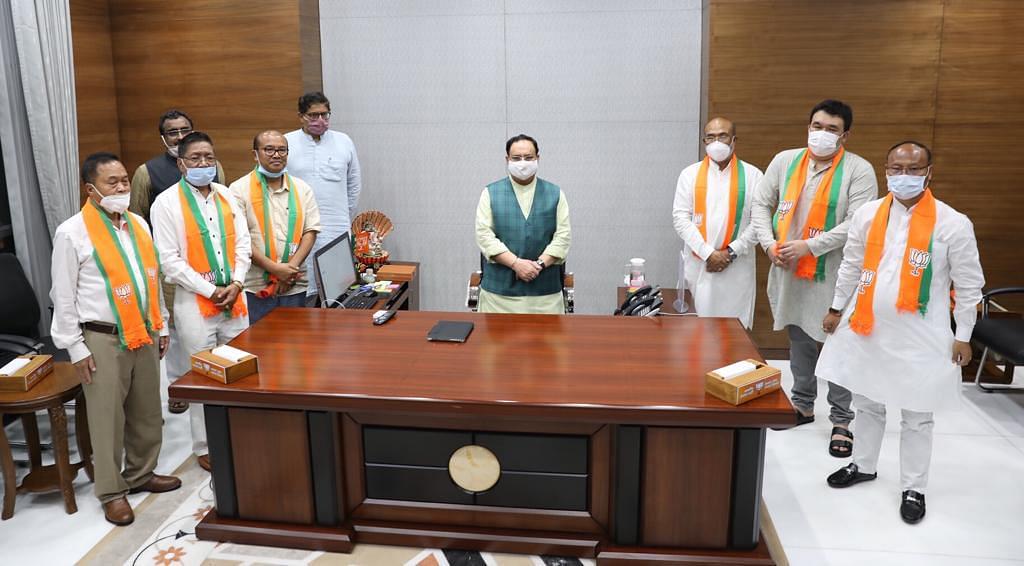 Five ex-Congress MLAs from Manipur joined the Bharatiya Janata Party (BJP) on Wednesday (19 August) days after resigning from their former party as well as the state assembly, ThePrint reported.

After the success of 'Operation Kamal' in the state, BJP general secretary and party's points-man for northeast Ram Madhav, who was present at the event, said CM N Biren Singh's government had no threat now.

“With this, the political instability in Manipur is over for now,” said Madhav, while also hoping that the government will not only complete its five-year term but will also be reelected.

According to Madhav, the party now enjoyed the support of 34 MLAs out of assembly's active strength of 47. Thirteen seats are empty as of now.

Earlier on 12 August, six sitting Congress MLAs in the Manipur State Assembly tendered their resignations and quit the party, days after defying the whip issued by the party to vote against the BJP government in the trust vote. The resignations of five of them had been accepted by the Speaker, while that of the sixth MLA Brojen remains pending as of now given a disqualification case against him is already pending in the Speaker's Tribunal.

The Biren Singh government won the trust vote with 28-16 figures.

The Biren Singh-led government recently faced uncertainty after nine MLAs, including four from the NPP, three from the BJP, one of the Trinamool Congress and one Independent member, withdrew support in mid June.

However, the situation was salvaged after the four NPP MLAS were flown into Delhi where they met Union Home Minister Amit Shah and party president J P Nadda.