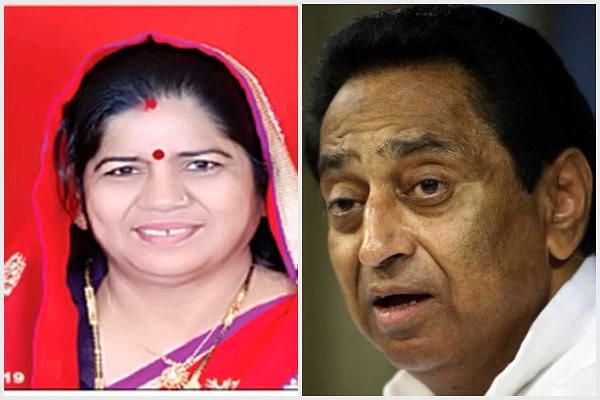 In a major embarrassment to the Kamal Nath-led Congress government of Madhya Pradesh, the state Women and Child Development Minister, Imarti Devi, failed to read her scripted Republic Day speech at Gwalior yesterday (26 January). After unfurling the Tricolour, Imarti Devi stumbled and struggled to read a few lines before she handed over the sheets to the district collector.

In a recorded video that has now gone viral, Imarti Devi can be clearly heard saying, "Ab collector saab padhenge (now the collector will read). The district collector, Bharat Yadav, came to her rescue and continued reading the rest of the speech.

Madhya Pradesh Minister Imarti Devi: I was sick for the past two days, you can ask the doctor. But it is okay. the collector read it (the speech) properly. pic.twitter.com/JDQGI9WDuR

ANI quoted her as saying, “I was sick for the past two days, you can ask the doctor. But it is okay. The collector read it (the speech) properly.”

On 25 December, Imarti Devi was one of the 28 Congress legislators who was sworn in when Chief Minister Kamal Nath expanded his Cabinet. She was seen struggling to read her oath during the swearing-in ceremony.

In 2016, a Gwalior sessions court ordered filing of a case against five persons including Imarti Devi over charges of dowry harassment, domestic violence and extortion. The wife of the MLA’s nephew had filed the case. Imarti Devi and her nephew have been accused of harassing the woman for dowry. The victim had initially tried to file a case at Dabra police station, but due to the MLA’s political clout, the police did not lodge an FIR. She later moved the Gwalior court.