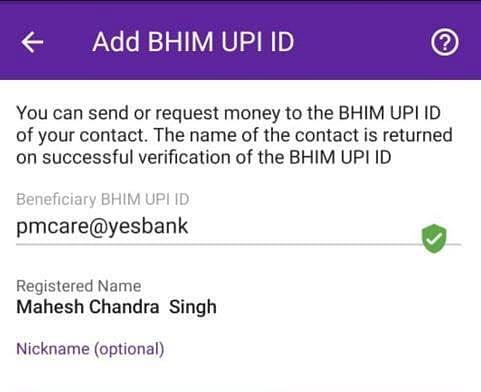 After Prime Minister (PM) Narendra Modi made an earnest appeal to the nation to donate in newly launched PM CARES Fund, the government is witnessing a sea of enthusiastic response from generous donors. People from all walks of life are donating to this fund according to their ability.

However, even in such a crisis, many fraudsters are trying their luck for making quick money by using this opportunity. Some of them have created Virtual Public Address (VPAs) similar to PM CARES with different banks.

Sources in NPCI told Swarajya that the government is actively identifying such UPI accounts which seek to fetch donations from public in the name of PM CARES. “More than 8,000 such fake accounts have already been deactivated by NPCI. Details of these account holders have been shared with Ministry of Home Affairs for taking suitable penal action against such fraudsters,” one of the officials told at the condition of anonymity.

It is important to ensure that people donate into the authentic bank account of PM CARES only. To stop the swindlers from defrauding the public, the government has clarified that only UPI VPA for PM CARES Fund is pmcares@sbi.

Swarajya requests its readers to check the address carefully before donating money into the fund and spread the word so that others are also able to give money to the government and not to the frauds.