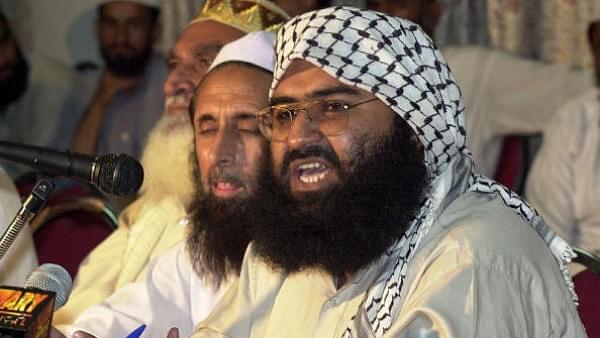 The leader and founder of the Pakistan-based terrorist outfit Jaish-e-Mohammad was rumoured to have died months ago with his funeral held in Karachi. However, a message purportedly from Azhar has been making rounds on Telegram in the aftermath of abrogation of special status of Kashmir.

Since he was designated a global terrorist by the United Nations, Masood Azhar was being prevented from giving speeches in mosques and releasing instigating audiotapes by the Pakistan government, which may have led to a shift to more clandestine channels.

The message which has not yet been confirmed to be from Azhar was released by the think tank Aurora Intel and reads as follows:

Epistle by your servant, Assalam-u-Alaikum, Peace be upon you, May Allah bless the “people of Kashmir”. Give them the strength, strength and dominance. Give them victory, protection and independence. And the mujahideen ... with their stormy attacks ... have approached near to their destination. Due to the fear, the ant grew wings and the jackal is on its way to the city. The Modi government has admitted his humiliation and defeat by revoking the the special status of Kashmir .. and he has threw an ax on his foot… One chapter of Ghazwa-e-Hind and of Jihad Kashmir has been completed. Alhumdulillah the Mujahideen of Kashmir got victory in Kashmir. Now the next chapter begins. .. Vast, sublime and victorious .. it just needs some air, Kashmiris need to get out [of their homes]... Then the enemy will beg for peace and negotiation. Modi, the pet bully of the rich polytheists, thinks that if the special status of Kashmir is over, Hindu capitalists like “Ambani”, “Mittal” and “Jindal” will buy whole Kashmir...and then they will earn money through tourism and forbidden acts, while Kashmiri Muslims will lose their existence.…Modi !! This is a dream..that will never be fulfilled..look a little towards your West..red can be seen, the red… Allah-u-Akbar! Wasalam..Servant ..Allah is the Messenger of Allah [Islamic Shahada]

The message was circulated on Telegram among the Islamist circles as the message from Azhar, though its authenticity couldn’t be verified. The message was released a day after the abrogation of special status of Kashmir was announced on 5 August.

The message echoes with what Pakistani Prime Minister (PM) Imran Khan had said after the scrapping of Article 370 by India, "Incidents like Pulwama are bound to happen again. I can predict this will happen."

It has also been reported that Pakistan ISI has given the JeM its nod to carry out major attacks in India. In this light, it has also been reported that the JeM has started to move its trained fighters towards the LoC in a bid to infiltrate into the Indian territory. Azhar's brothers, Ibrahim Azhar and Rauf Azhar were reportedly moved to Pakistan occupied Kashmir (PoK) by the Pakistan's armed forces.