‘Media Should Speak For The Public, Not The Powerful’ Says Pranab Mukherjee; Calls Fake News A Threat 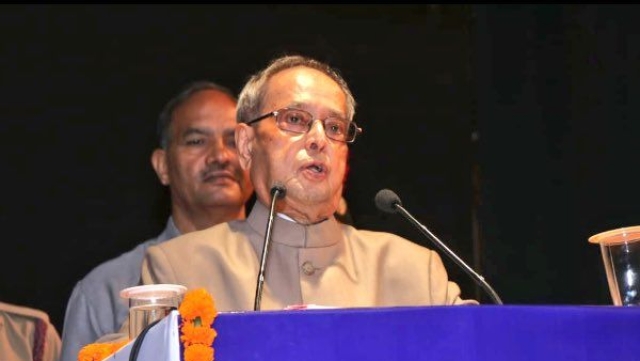 Former President Dr Pranab Mukherjee, while speaking at the launch of a newspaper (The Morning Standard) in New Delhi said that the media has to try and maintain its distance from partisan agendas, The New Indian Express reported. He stressed that the media should function as the watchdog, gatekeeper and mediator between those who are in power and the public.

“Today we stand at the crossroads of history. There are forces that seek to destroy the very political and socio-economic fabric of our nation. To foil their plans, a strong media is an answer. By stridently sticking to the truth, the media can act as the upholder of fairness and integrity. The watchdog must be forever on the alert,” the former president said at the event.

Furthermore, he deliberated on how fake news is becoming one of the greatest challenges in tackling misinformation. He was further quoted as saying, “All it takes is a morphed picture, a bogus tweet or a photo-shopped statement to create social, political and communal tensions. It is important for journalists to be aware of their power to influence the minds of citizens. Hence it has to be wielded with care, responsibility and courage.”

He added that due to the threat of paid news, the objectivity of many media establishments hangs in a question.