Meeting Energy Requirements: First Shipment Of LNG Arrives At Dabhol From US 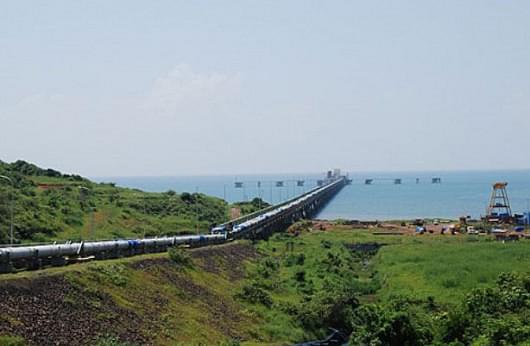 The first shipment of liquefied natural gas (LNG) under a long term contract with the United States arrived at the Dabhol LNG terminal in Maharashtra today (30 March).

The arrival of the first LNG cargo from the US was a significant milestone in the direction of realising adequate availability of natural gas through imports from diversified sources. A shift towards a gas based economy would require augmenting domestic production as well as imports.

The shipment, which arrived at state-owned GAIL's subsidiary Konkan LNG Private Limited's LNG terminal at Dabhol in the Ratnagiri district of Maharashtra. GAIL is to have a portfolio mix of LNG and crude indexed to the Henry Hub in the United States. Around 5.8 million tonne per annum of LNG will be purchased and 90 shipments per year from the LNG terminals at Sabine Pass and Cove Point in the US.